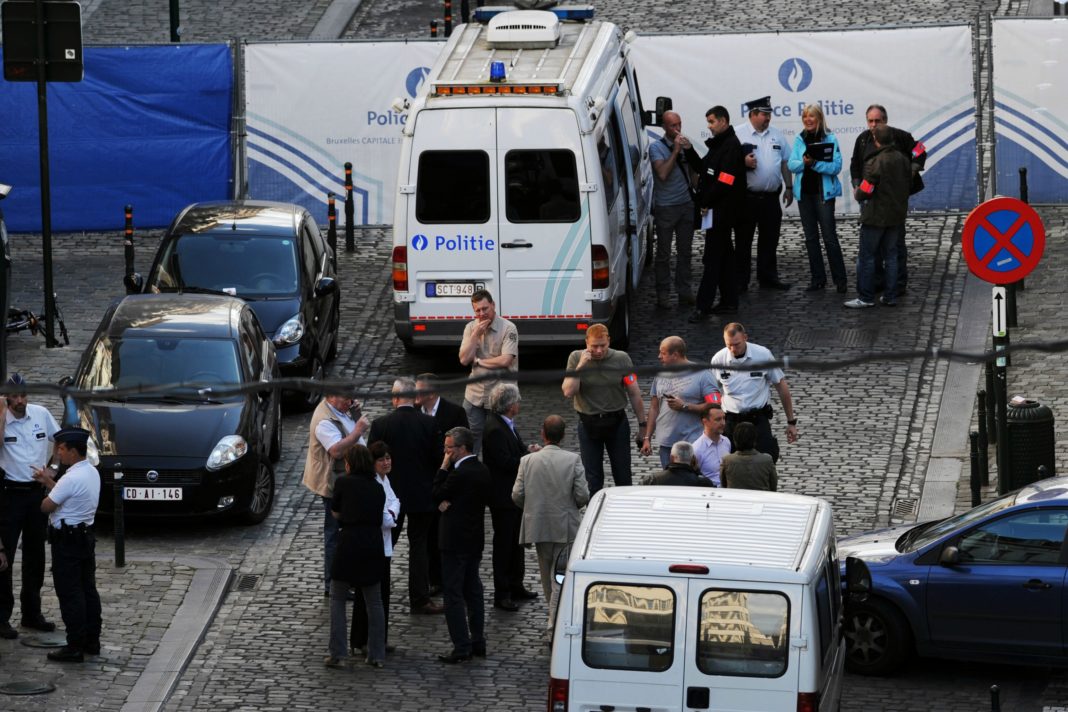 Two women and a man were killed, and one person seriously, injured during a shooting at the Jewish Museum in central Brussels Saturday (24 May), with Belgian officials saying anti-Semitic motives could not be ruled out.

Belgians vote today in parliamentary, regional and European elections. Commentators blamed tolerance for anti-Semitic speech on the right for having indirectly contributed to the terrorist attack.

A spokesman for the Israeli Foreign Ministry did not give further details of the identities of the victims killed in the shooting, which Belgian officials said may have been motivated by anti-Semitism.

A spokeswoman for the Brussels prosecutor’s office said there was no clear information about the perpetrator, although a fire brigade official said earlier that the shooter had driven up to the museum, gone inside and fired shots.

“Regarding the motive, we have little information. Everything is possible,” Ine Van Wymersch told a news conference.

“We know that the location, the Jewish Museum in Brussels, makes one think of it being an anti-Semitic attack, but we do not have enough to confirm this is the case.”

Belgium’s interior minister, Joëlle Milquet, was quoted by the RTBF Belgian television station as saying: “It’s a shooting … at the Jewish Museum … All of this can lead to suspicions of an act of anti-Semitism.”

No details were given of the identity of the third person killed or the fourth victim, who was wounded and is in a life-threatening condition. They had been shot in the face and neck, Van Wymersch said.

Israeli Prime Minister Benjamin Netanyahu, in a statement from his office, strongly condemned the killings. They were, he said, “the result of endless incitement against the Jews and their state”.

Security around all Jewish institutions in the country has been raised to the highest level, and Prime Minister Elio Di Rupo met with police and senior officials to discuss the situation.

About half of Belgium’s 42,000-strong Jewish community lives in Brussels.

Joël Rubinfeld, president of the Belgian league against anti-Semitism (LBCA), said that the attack was “predictable, given the tolerance to anti-Semitic speech in Belgian society”.

He referred to the performances in Belgium of the controversial French comedian Dieudonné, an avowed anti-Zionist, and of statements by Belgian MP Laurent Louis, leader of a movement called ‘Stand Up, Belgians’. Louis has said among other things that the Holocaust was produced and financed by Zionists.

Mysterious fires of criminal origin have damaged two radio transmitters in Belgium. This morning at 5 AM, a fire destroyed the ground cables of the transmitter antenna of the French-speaking Belgian Radio and Television RTBF in Wavre, 30 KM from Brussels, leaving a large audience without FM transmission of several programs.

Later, at 7.30 AM, another fire damaged the installations of the Flemish-speaking radio and television VRT at Leuven. The Belgian authorities said it was difficult for the time being to say if a link existed between the two fires.

Commission President José Manuel Barroso said he was “shocked” to hear about the violent act which cost three innocent people’s lives in the city centre of Brussels.

“In my own name and on behalf of the European Commission, I convey my sincere condolences to the families and friends of the victims of this tragic crime.

“I strongly condemn that this terrible act seems to have been directed at a religious symbol in the heart of the European capital. This was an attack at European values which we cannot tolerate”, Barroso stated.

UNESCO Director General Irina Bokova has strongly condemned what she called “a despicable attack”, adding that “everything indicates” its anti-Semitic character.

“This attack against people is also an attack against an institution which is a symbol of culture and of study of Judaism in Belgium and in Europe. UNESCO reaffirms even more strongly the absolute respect which is due to those sites dedicated to sharing, to tolerance and to fight against anti-Semitism”, she stated.

Jean-Claude Juncker, EPP candidate for President of the European Commission, made this statement following the shooting that left four people dead at the Brussels’s Jewish museum:

“I was profoundly shocked to learn of the tragic deaths yesterday in Brussels. My heart goes out to the victims’ families, whose senseless loss I can only fathom.

That the attack seems to have been anti-Semitic and targeted at the Jewish museum makes this tragic act all the more disturbing. Religious intolerance has no place on our continent.”

The President of the European Jewish Congress (ECJ) Dr. Moshe Kantor said in a communiqué that European governments must legislate and take effective measures to protect the Jewish communities.

He described the attack as “horrific but not surprising” while expressing condolences to the families of the victims.

“Attacks on Jewish targets in Europe do not exist in a vacuum, but are part and parcel of an overall climate of hate and incitement against Jewish communities,” Kantor said. “Anti-Semitism begins in the public domain, it gains international legitimacy and becomes normative even in our national parliaments but it always ends in killing Jews.

“The time for laissez-faire attitudes by European governments to the scourge of extremism and hate is over.

“The lesson of these European elections – a detachment between the will of the citizens and the lack of implementation by governments – has never been more sharply felt on this issue as the protection of our communities. The time has come for all European governments to implement not talk, legislate not prevaricate and protect their citizens,” Dr. Moshe Kantor concluded.

Rabbi Avi Tawil, Director of the European Jewish Community Centre, stated that his organization feels that these actions are the outcome of a long period of hate speech against the Jews.

“This kind of attacks can and must be prevented by strong condemnation and prosecution of those who promote ideas of hatred. We refuse to accept to live in a society in which we must hide to live in peace.

“We are committed to fight for a world in which no one should live in fear of persecution just because of who they ARE. All religions, political groups and nations should respect and recognize the common Humanity that we all share”, Rabbi Avi Tawil said.

Daniel Cohn-Bendit and Rebecca Harms, co-presidents of the Green group in the European Parliament, expressed in a statement their “horror, anger and sadness” at the shooting, which they called “barbarous and incomprehensible”. They called on the prosecutor’s office to ascertain whether anti-Semitic motives were behind the attack.

“Such sudden outbursts of violence are intolerable in our society and are even more appalling when they remind us of the most sombre pages of our history, in particular on the eve of the European elections.”