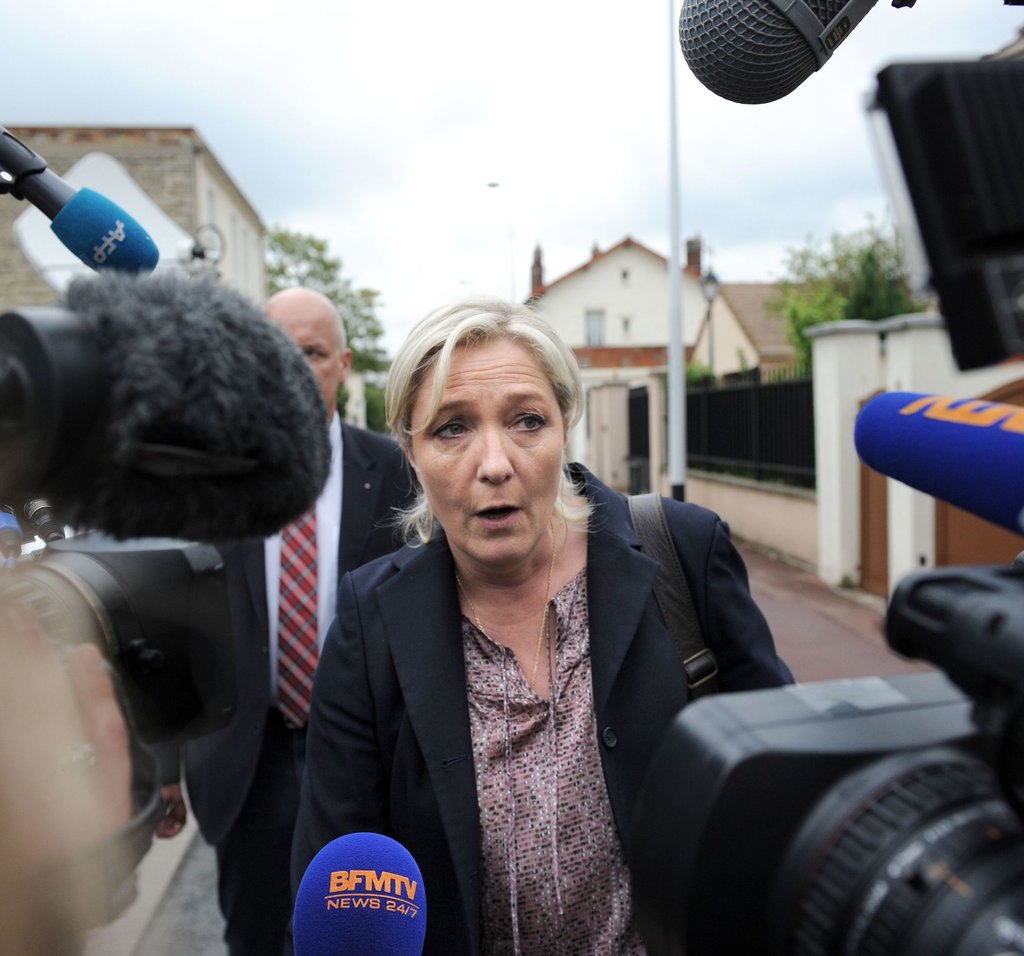 An angry eruption of populist insurgency in the elections for the European Parliament rippled across the Continent on Monday, unnerving the political establishment and calling into question the very institutions and assumptions at the heart of Europe’s post-World War II order.

Four days of balloting across 28 countries elected scores of rebellious outsiders, including a clutch of xenophobes, racists and even neo-Nazis. In Britain, Denmark, France and Greece, insurgent forces from the far right and, in Greece’s case, also from the radical left stunned the established political parties.

President François Hollande of France, whose Socialist Party finished third, far behind the far-right National Front, addressed his nation on television from the Élysée Palace on Monday evening, giving a mournful review of an election that he said had displayed the public’s “distrust of Europe and of government parties.” He added: “The European elections have delivered their truth, and it is painful.”

The newcomers did not win enough seats to dominate the assembly, which approves European Union-wide legislation and elects the commissioners who act as the union’s executive branch. Centrist parties will retain control of the body even if all the newcomers vote as a bloc, and it is not clear how closely they will ally with one another.

But the insurgents’ success has nonetheless upended a once-immutable belief, laid out in the 1957 Treaty of Rome, that Europe is moving, fitfully but inevitably, toward “ever closer union.”

It also threatened to redraw the domestic political landscape in several core members of the 28-nation bloc, putting pressure on mainstream parties, particularly in Britain and France, to reshape their policies to recover lost ground.

One area of particular pressure is immigration, an issue that, according to French voter surveys, galvanized support for the far right even more than economic concerns over unemployment, now at around 10.5 percent for the union as a whole. The far-right parties put strident anti-foreigner rhetoric at the heart of their campaigns, and held up European integration as a threat to national identity.

“Things will never be quite the same again,” said Nigel Farage, leader of the U.K. Independence Party, or UKIP, a group that wants Britain to pull out of the European Union. It won 28 percent of the vote in Britain, far ahead of the Conservative, Labour or Liberal Democrat parties, making it the first insurgent party in modern British history to come out on top in a nationwide election.

Mr. Farage mocked the leaders of Britain’s three mainstream parties as “goldfish that have been tipped out of their bowl onto the floor and are gasping for air.”

But assertions by Mr. Farage that the European Union had suffered a fatal blow are overblown, according to Charles Grant, director of the Center for European Reform, a British research group. “Cats have nine lives, and the E.U. has already had seven or eight,” Mr. Grant said.

European integration, he noted, has hit severe turbulence in the past, notably when French and Dutch voters rejected a proposed constitution in 2004, and then when a Greek debt crisis that started in 2008 looked as if it might destroy Europe’s common currency.

Even so, the scale of support for the populists sent tremors through the political establishment across Europe. The National Front and UKIP each won about a quarter of the vote in their home nations, and far-right parties did well in Austria, Denmark, Sweden and Hungary, where the deeply anti-Semitic Jobbik party finished second.

“It’s an earthquake,” said France’s prime minister, Manuel Valls. “We are in a crisis of confidence. Our country has for a long time been in an identity crisis, a crisis about France’s pace in Europe, Europe’s place in our country.”

Mr. Hollande called an emergency meeting of his senior ministers on Monday to take stock of the results.

The leader of the Socialists in Spain, Alfredo Pérez Rubalcaba, went further, saying he would step down after failing to capitalize on his country’s economic woes and record unemployment to beat the governing Popular Party. For the first time since the country returned to democracy in the 1970s, the two principal conservative and socialist parties failed to get more than half the total vote between them.

In Germany, where a group that has been called neo-fascist won a European Parliament seat for the first time, Chancellor Angela Merkel called the strong showing of populists and rightists “remarkable, and also regrettable.”

Though they are a diverse and often cantankerous group, Europe’s populists are generally united in opposition to immigrants and the European Union.

In France, exit polls suggested that anger over immigration played a larger role than economic worries in the far-right National Front’s upswing. Similarly, in Greece, Golden Dawn, a stridently anti-foreigner, neo-Nazi party, won seats in the European Parliament for the first time.

But many disgruntled Greeks turned to the left instead: Syriza, a coalition of radical leftists, pulled ahead of the governing center-right New Democracy party by mining public anger at austerity measures demanded by the European Union in return for bailout money.

Not all the news was bad for Europe’s boosters. The Party for Freedom, a fiercely anti-European Union group, fared poorly in the Netherlands. In Italy, Prime Minister Matteo Renzi and his mainstream Democratic Party received over 40 percent of the vote, more than any other Italian party has won since 1958. The result was taken by analysts as a mandate for him to carry through an economic overhaul.

For leading European Jews, though, the far-right surge stirred deep alarm, coming a day after a deadly attack at the Jewish Museum in Brussels.

“These two events are connected, and connected very closely,” said Moshe Kantor, the president of the European Jewish Congress. “The European Union is supposed to be the bulwark against the rise of racism and intolerance, but it has become the catalyst for the justification of its citizens to vote for extremists and racists.”

High rates of youth unemployment and governments’ inaction against extremists have “created a lost population of the young generation,” Mr. Kantor said.

Other than Jobbik in Hungary and Golden Dawn in Greece, most of the populist groups that did well in the election show no sign of veering into fascism. The Danish People’s Party regularly purges its ranks of extremists.

But the outcome of the election “is not just a blip but a sign of something far more serious,” said Sarah Isal, president of the European Network Against Racism, a Brussels-based group.

Economic pain in the wake of Europe’s grinding debt crisis and recession, she said, “has certainly made it easier for extreme groups to spread their message,” but a bigger reason for their appeal was a “general climate of intolerance and xenophobia.”

Ms. Isal said the results did not mean that Europe was retreating to the 1930s, when fascist groups came to dominate politics in much of Europe. “Europe is today very different, not least because of the European Union,” she said.

Extremist groups have been part of Europe’s political landscape for years, popping up and fading away and re-emerging in another form, according to Corina Stratulat, a senior analyst at the European Policy Center, a research organization in Brussels. Their existence, she said, is “part of the pathological normalcy for European politics,” but “it doesn’t mean that the radicals of today are the radicals of tomorrow, or that their message will always be the same.”

Critics say the European Union’s distant and often unintelligible workings have contributed to voters’ disenchantment with the political mainstream.

José Manuel Barroso, president of the European Commission, the bloc’s executive arm, acknowledged that Brussels had an image problem. “The perception of the common person in the street is that they can no longer control what is going on,” Mr. Barroso said on Monday at a conference organized by the European Central Bank in Sintra, Portugal. “The man in the street believes those guys are there, and they don’t care about us.”