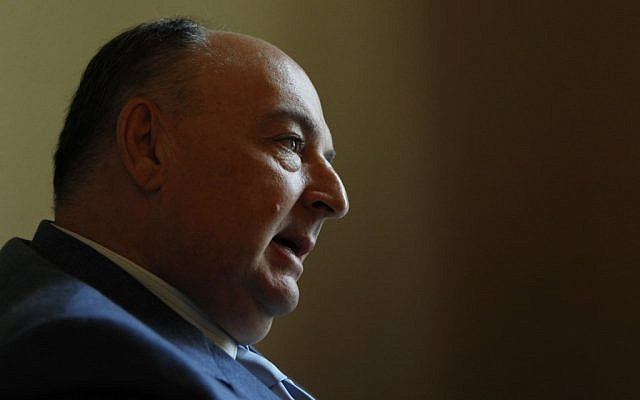 This Monday, European citizens awoke to a new reality. Across Europe, parties opposed to the European Union, mostly on the far right, were swept into the European Parliament by a wave of voter discontent. In some EU member states, including key countries like the United Kingdom and France, such parties will control the largest blocs of MEPs. And neo-Nazi groups, such as Golden Dawn in Greece and Jobbik in Hungary, have made gains that were once unthinkable, just 70 years after their ideological forebears brought decimation to the continent.

Their message is one of disgust with the political class, marked by a visceral anti-European agenda. And, when the extremists take their seats, they are likely to stifle any effort to extricate Europe from its economic woes. The EU, built as a means of reconciling and unifying a fractured continent, could find itself under the control of those who are determined to compromise its very foundations.

Europe’s leaders are wringing their hands in shock and surprise, as if in the aftermath of a natural disaster. “It’s an earthquake,” French Prime Minister Manuel Valls said of the result, in which Marine Le Pen’s National Front won 25% of the vote, finishing well ahead of the governing Socialists and the mainstream opposition Union for a Popular Movement.

How did Europe get to this point?

It would be a colossal and historic error to believe that the attraction of populist and simplistic messages emanating from the extremes is solely the result of the economic crisis. In fact, Europe’s post-World War II model has shown an almost congenital tendency to return to the safety of the political mainstream in hard times. Historically, European voters, at least in the post-war period, have known almost instinctively that economic recovery requires political stability and confidence, not the politics of class enmity and racial division.

Europe’s populism at the extremes – and its mirror image, apathy at the political center – displays in all of its repellant glory the profound disconnect between the electorate and the EU’s political leadership. What we are witnessing is a European population that feels fed up with politicians who do not address people’s daily concerns.

The extremists are by no means restricted to the far right. On the far left, the quasi-mystical allure of anti-globalization and anti-capitalism – a muddled brew of simplistic slogans and easy scapegoats – shares much with the far right. The French entertainer Dieudonné M’bala M’bala – whose signature “quenelle” gesture, which resembles an inverted Nazi salute, has stirred controversy throughout Europe – personifies this overlapping discourse.

Initially, Dieudonné achieved success through humorously exploiting racial stereotypes and campaigning against racism. But he has now come full circle, is seen in the company of senior National Front leaders, and even named Jean-Marie Le Pen (Marine’s father and the party’s founder) the godfather of his third child. Former Marxist and now far-right ideologue Alain Soral, considered one of the inspirations behind the recent anti-government demonstrations in France, has become Dieudonné’s mentor. As is often the case, anti-Semitism fuels their common engine.

In Greece, there have even been indications of cooperation and coordination between the left-wing Syriza coalition, which finished first in the European Parliament election, with 26.6% of the vote, and the right-wing populist Independent Greeks Party (ANEL). These purported ties have centered on forming a coalition government after the next national election, if they can bring down Prime Minister Antonis Samaras’s administration.

Europe’s voters, thankfully still through the ballot box, are expressing their fears stemming from the economic crisis, the breakdown of the social contract, and perceived threats to national and cultural identity in the absence of coherent policies and pan-European legislation to address issues such as immigration and minority integration. Moreover, they see Europe’s multicultural model degenerating before their eyes with the rise of mono-cultural enclosed communities in Europe’s cities.

Ultimately, the failure to address these concerns, owing to an ill-conceived view of political correctness, is hurting the very minority groups that silence was supposed to protect, by driving Europe’s citizens into the welcoming arms of populist forces. Europe’s political leaders cannot continue to bury their heads in the sand, avoiding “delicate” issues and abandoning the territory to extremists and inciters of hate and intolerance.

The European Parliament election is a wake-up call for all of Europe. Almost seven decades of closer European integration and the absence of war have been made possible by the maintenance of social peace. But ignoring issues that concern so many citizens is no way to ensure that social peace continues. Leaders must lead, and they must educate voters. We all pay the price when they evade their fundamental responsibilities.