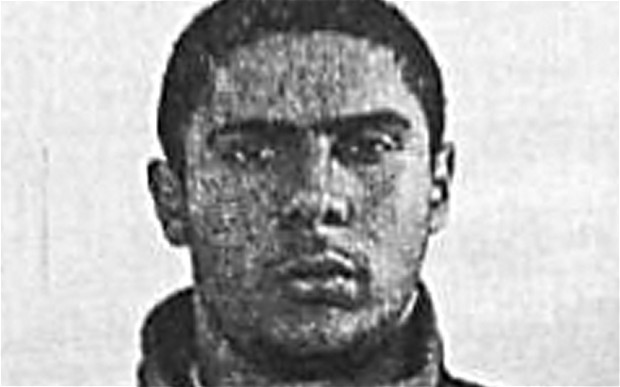 Mehdi Nemmouche was carrying a rifle, handgun and a video camera when he was arrested stepping off a bus in Marseille

A French former jihadist volunteer in Syria has been arrested over last week’s deadly shooting at the Jewish Museum in Brussels.

Police found a Kalashnikov rifle and a handgun similar to the ones used in the attack in the bag of Mehdi Nemmouche, a 29-year-old French citizen, when he stepped off a bus in Marseille on Friday after an overnight trip from Brussels.

Investigators also found a memory stick containing a video in which a person claims to have carried out the attack, displays weapons similar to those used and unfurls a sheet of cloth with the words Islamic State of Iraq and Syria written on it, the Paris prosecutor said.

The voice – the man is not seen – also says he tried to film the attack with his GoPro but that it did not work, he said.

If the suspect is proved to be the killer, this would be the first known case of a European volunteer with Islamic radicals in Syria to have carried out an attack upon his return to Europe.

The May 24 shooting by a lone gunman killed three people outright – an Israeli couple and a Frenchwoman, while the fourth victim, a 24-year-old Belgian man who worked at the Jewish Museum, remains in critical condition in hospital.

Chilling security camera footage released by Belgian authorities showed the gunman, wearing a dark cap and sunglasses, walking into the building, taking an automatic rifle from a bag and shooting through a door before calmly walking away.

“During his last stay in jail he was noticed for extremist [Islamic] proselytism,” he said.

He was released in December 2012 and three weeks later went to Syria for a year, returning to Europe via Malaysia, Singapore and Bangkok, he said.

Mr Nemmouche was detained on suspicion of murder and attempted murder in connection with a terrorist enterprise and was transferred to the headquarters of the French domestic intelligence agency DGSI in the Paris suburbs.

He has refused to answer any of his interrogators’ questions, Mr Molins said.

French President Francois Hollande said France was determined to do all it could to stop radicalised youths from carrying out attacks.

This is a growing worry in a country that is home to Europe’s largest Muslim and Jewish communities.

Nearly 800 French nationals have travelled to Syria to fight alongside jihadists in the war-torn Arab state.

European Jewish Congress President Moshe Kantor praised French and Belgian authorities for the arrest of Mr Nemmouche, saying there was a need to clamp down on the spread of hate crimes, especially by those hardened by bloodshed in places like Syria.

“For too long authorities in Europe have acted speedily after the fact. It is now time for all to turn attention and set as the highest priority the prevention of these vicious crimes,” he said.

French security sources said that Mr Nemmouche’s behaviour was not that of a jihadist trained by a radical group such as Al-Qaeda. They pointed out that he put himself at great risk of capture by the authorities by carrying guns on a bus travelling a route watched by customs officers seeking to arrest drugs couriers.

The bus he took began its journey in Amsterdam with a stop-off in Brussels.

Belgian police carried out raids in case in the Courtrai region on Sunday morning, where the suspect is believed to have spent time, and are questioning two people there.