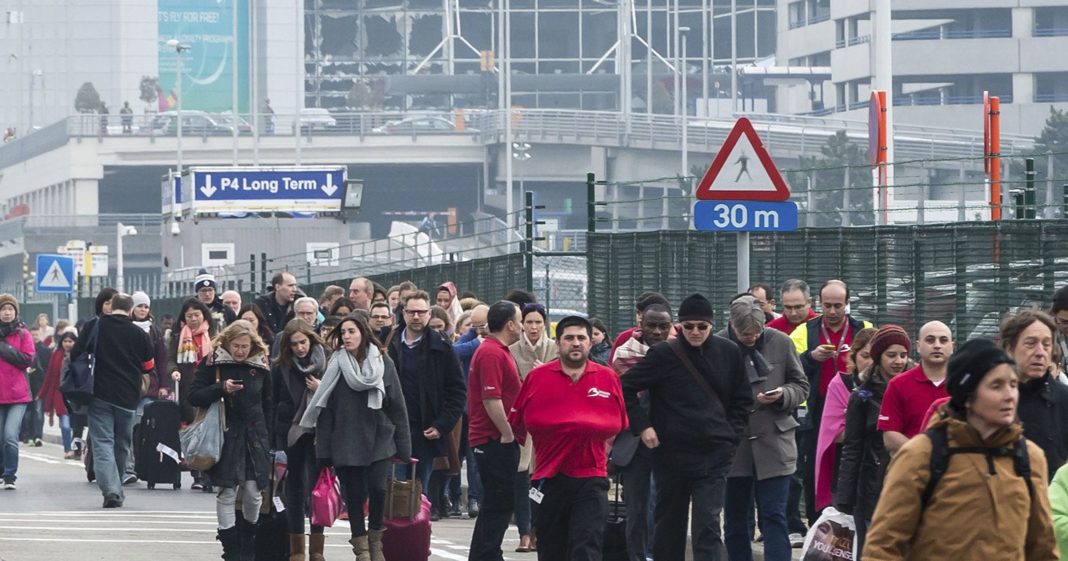 Four innocent people were killed after being gunned down on their way into the Jewish Museum in Brussels on May 24. Police are investigating this attack as likely motivated by anti-Semitism, as well as the vicious beating the same day by two brothers walking into a synagogue outside of Paris.

David Phillips, president and CEO of the Jewish Federation of Palm Beach County, was deeply troubled on Memorial Day Weekend.

In an email he sent around on May 29, Phillips said: “Like many of you, I spent Memorial Day Weekend with my family enjoying the freedoms of this great country – thanks largely to the bravery of amazing men and women who sacrificed their lives for this nation.

“However, I was shocked that in Brussels, four innocent people were killed after being gunned down on their way into the city’s Jewish Museum. And, outside of Paris, two brothers walking into a synagogue were viciously beaten. Police are investigating both attacks as likely motivated by anti-Semitism.”

Phillips added that the familiar shadow of anti-Semitism in Europe is profoundly disturbing.

Phillips wrote: “Beyond France and Belgium, we are seeing Jewish landmarks firebombed in Ukraine and anti-Semitic political parties in Hungary enjoying mainstream popularity. Europe’s Jews are experiencing a rise in anti-Semitic behaviors (terrorism, policy and crime) that evokes dark memories from which we are separated by less than a century.”

In order to face these challenges, Phillips believes Jews in South Florida need to talk with their friends, and/or sit with their children or grandchildren, and discuss the issues in an age-appropriate manner. Don’t be afraid to name the problem as anti-Semitism and hate, Phillips says, as open, honest communication is the greatest challenger of abhorrent behaviors.

Phillips wrote: “Be proactive and offer support to Jews in crisis, while monitoring the news and ensuring your sources are fair and accurate. Even though these events happened on another continent, they affect us all as Jews and as a world community. We promise to do everything we can to make the world a safer place for Jews. Join us as we care for vulnerable people everywhere and work to create a bright future for the Jewish people.”

Leadership at the other area Jewish Federations were also quite stirred up, issuing their own statements about the incidents.

The statements were all made before Sunday, June 1, when, according to the Jewish Telegraphic Agency, Belgian federal prosecutor Frederic Van Leeuw announced that Mehdi Nemmouche, 29, had been arrested on suspicion of killing the four people at the Jewish Museum in Brussels. Nemmouche claimed responsibility for the attack in a video. Nemmouche was arrested on Thursday, May 29 at Saint-Charles, the main bus and train station in Marseilles, France. Nemmouche is currently being held on suspicion of terrorist activity.

Eric Stillman, president and CEO of the Jewish Federation of Broward County, said in a statement: “We condemn these acts of violence against Jews and call upon the national authorities to bring the perpetrators to justice swiftly. Anti-Semitism in any form cannot go unchecked, and there is no justification for the taking of innocent Jewish lives.”

Leadership at the Federation in Boca Raton issued the following statement: “We at the Jewish Federation of South Palm Beach County and our Jewish Community Relations Council are outraged by the shootings at the Brussels Jewish Museum that took place on May 24, and the attack on two young men outside a suburban Paris synagogue just hours later.

“Our community joins with our Jewish family around the globe as our hearts go out to the families of the four innocents murdered in Brussels and to all those terrorized by yet further acts of violence at Jewish institutions.

“In the strongest possible terms, we condemn these deplorable acts, the latest highly public illustrations of rising anti-Semitism throughout Europe. As the perpetrators are sought and as we are told that security has been raised to the highest level, we implore European leaders to engage in intensive strategies to immediately protect the Jewish population and facilities while preventing further incidents.

“We join European Jewish Congress president Moshe Kantor’s charge: ‘European government must send out a clear message of zero tolerance toward any manifestation of anti-Semitism,’ and call upon these leaders to demonstrate this zero tolerance in no uncertain terms by monitoring, investigating and prosecuting while also responding, educating and building critical partnerships.

“As always, we ourselves remain vigilant. Security on the Jewish Federation of South Palm Beach County campus is our highest priority, and serves as a model for Jewish Federations throughout the country.”

Carol Brick-Turin, director of the Jewish Community Relations Council of the Greater Miami Jewish Federation, said in a statement: “The Greater Miami Jewish Federation’s Jewish Community Relations Council extends its heartfelt sympathy and support to the families of the victims of the recent shootings and beatings at Jewish institutions in Brussels and Paris.”

Brick-Turin added: “We are increasingly troubled by the atmosphere created by the growing victory of Neo-Nazi political parties and heightened level of fear among Jewish communities in Europe. We stand in unity with all people of goodwill in condemning the most recent horrifying acts of violence and in mourning the loss of life. We call on all people of good will to denounce the hatefulness that motivates such heinous anti-Semitic behavior.”