A Remark In France Is Assailed As Racist 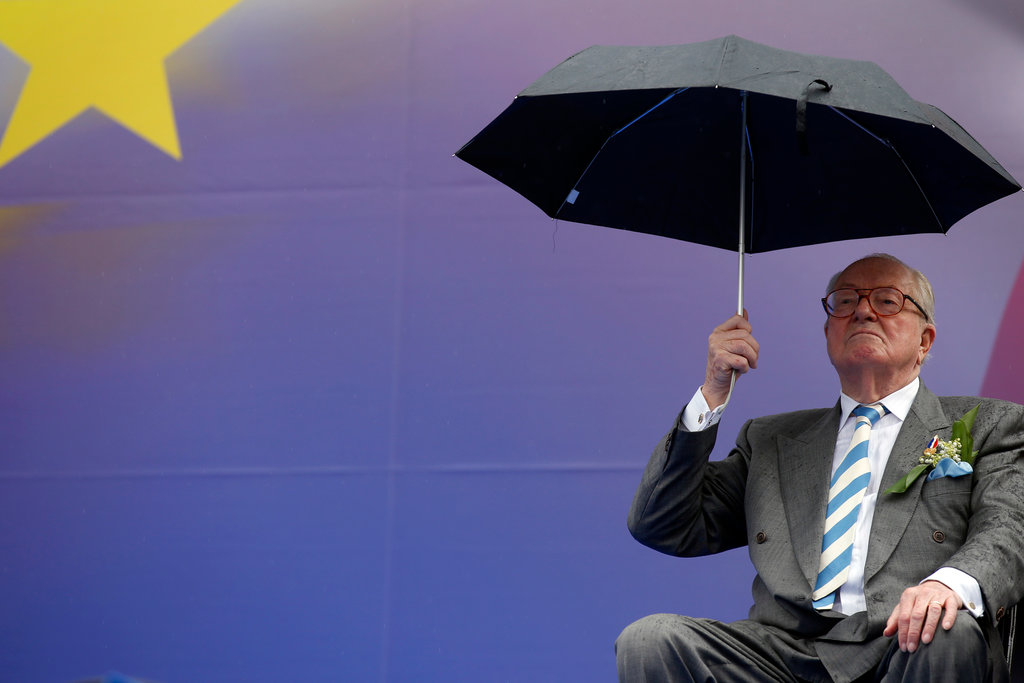 Activists vowed on Monday to file a criminal complaint against the founder of the far-right National Front, Jean-Marie Le Pen, after he used an apparently anti-Semitic pun about ovens to dismiss one of his Jewish critics.

In a video posted on the National Front’s website and later removed, Mr. Le Pen, 85, lashed out against several of his critics. When questioned about the French singer Patrick Bruel, who is Jewish, Mr. Le Pen said: “We’ll include him in the next batch.” Mr. Le Pen used the French word “fournée,” which refers to a batch of bread to be baked, and was interpreted by his critics to be a reference to Nazi crematories.

“The model of a totalitarian, technocratic Europe is now out of date,” Marine Le Pen said in Brussels on Wednesday.

The National Front, which opposes immigration and the European Union, received more votes than France’s mainstream parties in recent elections for the European Parliament. Its leader, Marine Le Pen, Mr. Le Pen’s daughter, has been seeking to rebrand the party as mainstream, in part by distancing herself from its anti-Semitic past. Mr. Le Pen has several convictions for inciting racial hatred.

On Sunday, Ms. Le Pen said that her father had made a “political error,” even as she told the newspaper Le Figaro that the “meaning given to his comments is a malicious interpretation.”

Mr. Le Pen said his words contained no anti-Semitic connotation. “If there are people in my camp that have interpreted it in this way, they are nothing but imbeciles,” he told the radio broadcaster France Info.

The outcry comes amid growing concerns here about anti-Semitism, fueled by the rise of the far right and recent episodes of violence like an attack at the Jewish Museum in Brussels in which four people were killed.

Aline Le Bail-Kremer, a spokeswoman for SOS Racisme, an anti-racism group, said her group would file a criminal complaint against Mr. Le Pen. “Calling for Jews to be sent to the ovens is not a political mistake,” she said. “It is an incitement and a moral fault of the highest order.”

Moshe Kantor, the president of the European Jewish Congress, called for the French authorities to charge Mr. Le Pen with inciting hatred. “Le Pen’s comments demonstrate that they still stand on foundations of hatred, anti-Semitism and xenophobia,” he said in a statement.