Why U.S., European Stars Are Divided Over Gaza 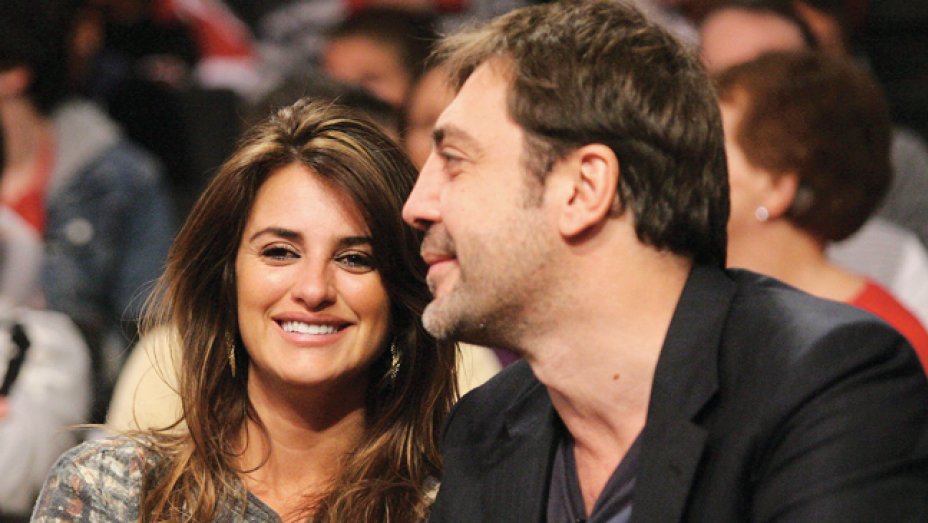 American celebrities have remained largely supportive of Israel, while their European counterparts have increasingly viewed the country as an “apartheid” state engaging in “genocide.”

Celebrity has become an international commodity, and American and European film, television and musical artists easily share a common culture – except when it comes to their views on Israel.

The current conflict in Gaza, where Palestinian casualties have climbed beyond 1,200 and the Israeli dead now exceed 50, is highlighting the celebrity split over the Jewish state’s security and policies as never before.

At least for now, American stars have remained largely supportive of Israel, while expressing concern over civilian casualties. Their European celebrity counterparts, however, have accused Israel of engaging in “a war of occupation and extermination” against the Palestinians.

In one of the clearest expressions yet of how widely the Europeans have diverged from their American colleagues, more than 100 Spanish film stars and directors, including Javier Bardem, Penelope Cruz and Pedro Almodovar, issued a statement this week accusing Israel of “genocide” and calling on the European Union to formally condemn its actions.

The letter’s criticism extended beyond the current fighting with Hamas in Gaza, however, and laid the blame for the entire conflict on Israel, which it said, “keeps advancing on Palestinian territories instead of withdrawing to the 1967 borders.” The letter alleged that Israel “humiliates, detains, and tramples on the rights of the Palestinian population in all of the West Bank every day, also causing many deaths.”

The Academy Award-winning Bardem wrote that, “This is a war of occupation and extermination against a whole people without means, confined to a miniscule territory without water and where hospitals, ambulances, and children are targeted and presumed to be terrorists.” In a letter to the Spanish newspaper El Periodico, the actor left no doubt about where he stood: “In the horror happening right now in Gaza there is NO place for distance or neutrality.”

In response to Tuesday’s statement, European Jewish Congress President Moshe Kantor told the Jewish Telegraphic Agency that, “Rather than outrageously attacking a fellow democracy for defending itself against radical terrorists, the time of Spanish public figures would be better put to use fighting against the rapidly growing hatred of Jews in their country, which according to recent surveys is one of the highest in Europe. The gratuitous use of the term ‘genocide’ and the fact that no similar statement has been released while hundreds of thousands are massacred and made refugees in the Middle East and Africa demonstrates grave ignorance or extreme malice.”

To be sure, the Bardem missive is not the first open letter from European celebrities directed at Israel and its supporters in recent months.

In May, Pink Floyd’s Roger Waters and Nick Mason sent an open letter to the Rolling Stones urging them not to perform in Israel as planned.

“Playing Israel now is the moral equivalent of playing Sun City at the height of South African apartheid; regardless of your intentions, crossing the picket line provides propaganda that the Israeli government will use in its attempts to whitewash the policies of its unjust and racist regime,” according to the letter.

The Rolling Stones ignored the boycott request and Mick Jagger delighted the Tel Aviv crowd at the concert in June by speaking Hebrew. The so-called Palestinian Campaign for the Academic & Cultural Boycott of Israel seemed to be losing its momentum — until this month when the fighting broke out again in Gaza.

Rabbi Marvin Heir, whose Wiesenthal Center is one of the most strongly supported causes among top Hollywood executives, denounced what he labeled a “double standard” being applied to the Jewish state’s campaign against Gaza.

“When Israel is involved in a war, the world treats it differently than it would any other nation,” Heir told The Hollywood Reporter. “It’s because of bias, prejudice and anti-Semitism. All polls show that anti-Semitism is rampant today in Europe, and in the Arab world it’s off the charts.”

He added: “If America was attacked by 4,000 rockets, what exactly would be the Pentagon’s response? What would the President authorize? Anyone who says that the President would authorize anything less than a massive counter-attack is simply off the wall.”

Kantor of the Jewish Congress said he “would be interested in reading the opinion of the same Spanish celebrities after thousands of rockets are fired at Madrid or Barcelona.”

For the most part, American celebrities moved to speak out about Palestinian casualties are careful to note that their sympathy for the civilians should not be equated with anti-Jewish sentiment.

Mia Farrow, who has posted dozens of tweets about the destruction in Gaza since the violence erupted, has sought to clarify her position. “We can passionately protest Israel’s assault upon Gaza without descending, even remotely, into the hideousness of anti-Semitism,” she recently tweeted.

On Tuesday, she added: “To be clear I do not support Hamas. I care about children everywhere.”

Jon Stewart used a similar approach on a recent episode of his Daily Show. “Look, obviously there are many strong opinions on this,” he said. “But just merely mentioning Israel or questioning in any way the effectiveness or humanity of Israel’s policies is not the same thing as being pro-Hamas.”

Mark Ruffalo, who tweeted his concern about the bombing of a Gaza hospital, posted a follow-up link to a Daily Kos story with the headline: “Empathizing w/ Gaza does NOT make me anti-Semitic, nor pro-Hamas or anti-Israel. It makes me human.”

“A pro-Israel position is engrained in American policy and culture – and it has been remarkably steadfast,” longtime political consultant Donna Bojarsky told THR. “That’s a very different context than Europe.”

On Tuesday evening, Rosanne Barr, the granddaughter of Jewish immigrants from Russia and Europe, used Twitter to express her anger against the anti-Israel rhetoric.

Her tweets and retweets, sent to her 250,000 followers, included a link to a Palestine-Israel Journal article about Hamas’ hatred of Israel and a Times of Israel blog post urging “Jews of Europe: GET OUT NOW.”

Tweeting about Hamas, Barr wrote: “They say they won’t stp fighting Israel til evry Jew there is dead. They say it everyday, repeatedly. If ur ignoring/ excusing that-yr sick.”