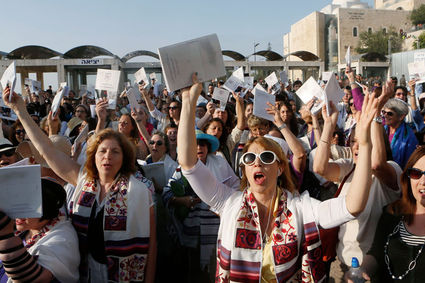 On Monday the actors, writers and directors endorsed a letter that Bardem published last week in the Barcelona-based El Periodico de Catalunya, the daily reported.

“This is a war of occupation and extermination against a whole people without means, confined to a miniscule territory without water and where hospitals, ambulances, and children are targeted and presumed to be terrorists,” Bardem, himself an Academy Award-winning actor, wrote.

European Jewish Congress President Moshe Kantor told JTA that “Rather than outrageously attacking a fellow democracy for defending itself against radical terrorists, the time of Spanish public figures would be better put to use fighting against the rapidly growing hatred of Jews in their country, which according to recent surveys is one of the highest in Europe. The gratuitous use of the term ‘genocide’ and the fact that no similar statement has been released while hundreds of thousands are massacred and made refugees in the Middle East and Africa demonstrates grave ignorance or extreme malice.”

Kantor added: “I would be interested in reading the opinion of the same Spanish celebrities after thousands of rockets are fired at Madrid or Barcelona.”

In his letter titled “Genocide,” Bardem also wrote: “Being Jewish is not synonymous with supporting this massacre, just as being a Hebrew is not the same as being a Zionist and being Palestinian does not mean being a terrorist from Hamas. That is as absurd as saying that being German means espousing Nazism.”

Bardem also wrote: “My son was born in a Jewish hospital because I have Jewish people who are very near and dear to me.” {…}