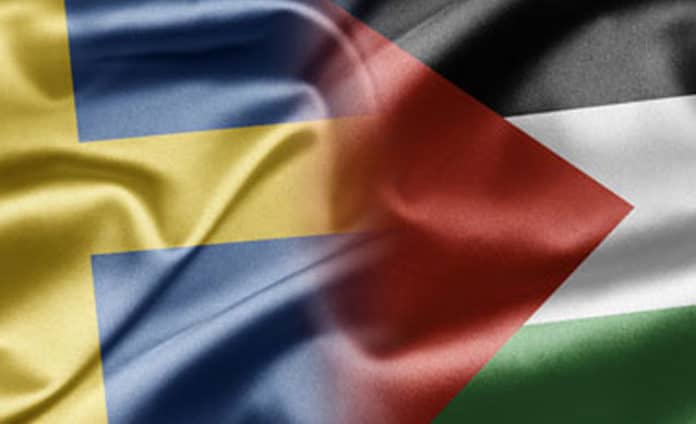 On erev Yom Kippur, the eve of the holiest day in the Jewish calendar, Swedish Prime Minister Stefan Lovfen took the opportunity to make one of his first actions as a newly sworn in leader the recognition of a Palestinian state. At the very least, this seems pre-emptive, since no official agreement has been reached between Israel and what may become Palestine. In fact, according to European Jewish Congress President, Moshe Kantor, the move is “reckless, irresponsible and dangerous,” since it “rewards terror.”

PM Lofven explained his recognition which seemed to have a few conditions after the bold statements, conditions that have yet to be fulfilled, “The conflict with Israel and Palestine can be solved only with a two-state solution negotiated in accordance with international law.” The solution would require, “mutual recognition and a will toward peaceful co-existence.” As if any of these criteria has a checkmark beside it, Lofven went on to say, “Sweden will therefore recognize the State of Palestine.”

Moshe Kantor pointed out the contradictions in the Prime Minister’s statement; “The statement by Mr. Lovfen is a ridiculous contradiction. He claims that a two-state solution requires mutual recognition and a will to peaceful co-existence, when the ‘Palestinian state’ he wishes to recognize rejects both those criteria.”

“What exactly does Sweden think it is recognizing?” Cantor continued, “the Hamas-Fatah terror coalition that supports unprovoked rocket attacks on civilians in Israel? Or is it two Palestinian states, one in Ramallah and one in Gaza?” He concluded, “This is a direct attack on the peace process. It favors extremism and Islamic terror during a period when the Middle East, and indeed, European citizens, are directly faced with these threats.”