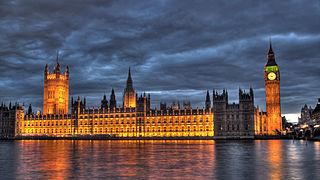 Pro-Israel groups have collected around 2,000 signatures on a petition urging MPs to vote against a motion on Palestinian statehood in Parliament next week.

The petition was drawn up earlier this week by the new grassroots group Israel Advocacy UK and the Zionist Federation, and is supported by other Israel-supporting organisations.

Backbench pro-Palestinian MPs will lead a debate in the House of Commons on Monday, calling on the government to immediately recognise Palestine as a state.

Almost two dozen MPs who support Israel have tabled an amendment, calling for the formation of a state only after a formal peace deal between the Israeli government and Palestinian Authority.

Pro-Palestinian groups claim more than 140,000 of their supporters have contacted MPs.

ZF director Alan Aziz said his organisation would be delivering individual letters to MPs today urging them to support the amendment to the motion.

Co-signed by the Jewish Leadership Council, the letter states: “The only credible route to peace is through direct negotiation between the parties themselves, based on the principle of recognising two states for two peoples.

“To grant Palestinians statehood at this premature juncture sends a harmful message that negotiations can be circumvented and dialogue ignored, rewarding intransigence over compromise.”

Mr Aziz added: “The petition is a perfect example of an action that will empower advocates to make their voice heard.

“The fact that a few hours after sharing it we have seen an explosion in the number of signatures highlights the strength of feeling in the community about this divisive and impractical motion.”

Concerns have been expressed that a tardy response from Jewish communal organisations has paved the way for a “propaganda coup” for pro-Palestinians next week.

Dr Kantor said: “It should be clear that true peace will only be achieved between the parties, and responsible members of the international community should only consider taking steps that will help and advance a negotiated solution and not take unilateral steps.

“Such steps move us further away from peace and will only embolden the Palestinians to stay away from the negotiations table.”

He warned of a future Palestinian state being “taken over by Hamas and becoming another theocratic terror state”.