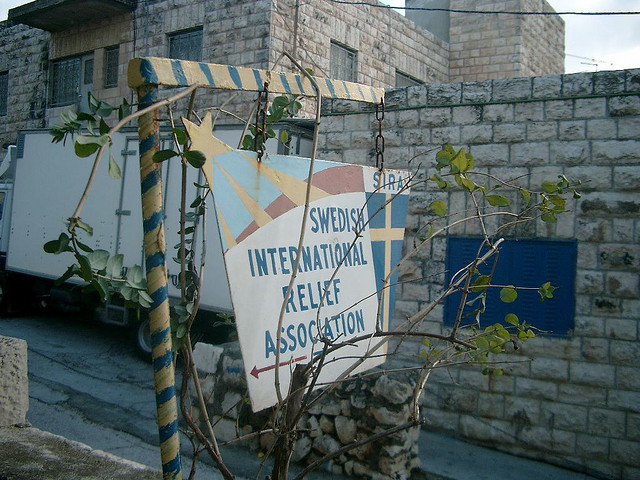 The Swedish government officially recognised the state of Palestine on Thursday (30 October), the first Western European country to do so, reflecting growing international exasperation over the moribund Israeli-Palestinian peace process. Swedish Foreign Minister Margot Wallstrom told reporters her government hoped it would bring a new dynamic to the situation.

Swedish Foreign Minister Margot Wallstrom told reporters her government hoped it would bring a new dynamic to the situation.

“Our decision comes at a critical time because over the last year we have seen how the peace talks have stalled, how decisions over new settlements on occupied Palestinian land have complicated a two-state solution and how violence has returned to Gaza,” she said.

The move drew praise from Palestinian President Mahmoud Abbas and criticism from Israel, and has displeased the United States, Israel’s principle supporter.

But Wallstrom rejected accusations that Sweden was taking sides and said she hoped other EU countries would follow its lead.

Palestinians seek statehood in the Israeli-occupied West Bank and the blockaded Gaza Strip, with East Jerusalem as their capital. The land was captured by Israel in the 1967 Middle East war, although Israeli soldiers and settlers pulled out of Gaza in 2005.

Years of efforts to forge a two-state solution have made little progress, with the last effort at negotiations collapsing in April. Palestinians now see little choice but to make a unilateral push for statehood.

A total of 135 countries already recognise Palestine, including several east European countries that did so before they joined the EU. Sweden was the first Western European country to do so.

The move drew immediate criticism from Israel, with Foreign Minister Avigdor Lieberman calling it a “wretched decision” that would bolster extremist Palestinian elements.

“The Swedish government should understand that Middle East relations are more complex than a piece of self-assembled Ikea furniture, and the matter should be handled with responsibility and sensitivity,” Lieberman said in a foreign ministry statement.

The European Jewish Congress expressed support for the Israeli government’s position. “This recognition also means recognizing a state which is at least in part controlled by the terrorist group Hamas, which is dedicated to the destruction of the State of Israel, said EJC President Dr. Moshe Kantor.

The Palestinian leadership called on other countries to follow Sweden, saying that establishing an independent Palestinian state with Jerusalem as its capital would strengthen the chances for peace.

“This decision is a message to Israel and is an answer to its continued occupation of Palestinian land,” said Nabeel Abu Rdeineh, spokesman for Palestinian President Mahmoud Abbas.

Earlier this month the Palestinians’ chief peace negotiator said a resolution would be put to the United Nations Security Council calling for a November 2017 deadline for the establishment of two states based on the boundaries that existed before the 1967 war.

With Britain’s parliament having recognised Palestine in a non-binding vote earlier this month, and similar votes in the pipeline in Spain, France and Ireland, the Palestinians hope momentum in Europe is shifting.

Wallstrom said Sweden’s move aimed at supporting moderate Palestinians and making their status more equal with that of Israel in peace negotiations, as well as giving hope to young people on both sides.

“We are taking the side of the peace process,” she said.

The United States said earlier this month, when the Swedish move was in the works, that it believed international recognition of a Palestinian state would be premature. Statehood should come only through a negotiated outcome, it said.

The European Union said after the Swedish announcement on Thursday that the EU’s objective was a two-state solution with an independent Palestinian state living side by side with Israel.

“In order to achieve this, what is important is direct negotiations resume as soon as possible.” European Commission spokesman Maya Kocijancic told a news conference. “As for the European Union position on recognition, the EU has said in the past that it would recognize a Palestinian state when appropriate.”

Some EU states, which are closer to the Israeli position, were irritated by the Swedish move, diplomats in Brussels said.

Nonetheless, the Swedish move showed growing international frustration at the lack of progress, with continued Israeli settlement building on occupied land a particular point of concern. The Gaza war of July and August also refocused attention on the Israeli-Palestinian conflict.

The UN Under Secretary-General for political affairs, Jeffrey Feltman, said in New York on Wednesday that Israel’s decision to accelerate planning for some 1,000 new settler homes in East Jerusalem raises serious doubts about the Israeli commitment to peace with the Palestinians.

The UN General Assembly approved the de facto recognition of the state of Palestine in 2012, but the European Union and most EU countries have yet to give official recognition.