“There Is A War Against The Jews On The Internet And On The Streets”. Welcome To Post-Nazi Europe 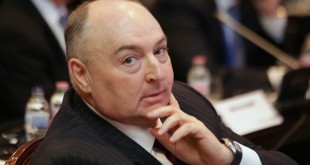 “There is a war against the Jews on the internet and on the streets” in Europe, European Jewish Congress (EJC) president Dr. Moshe Kantor said Saturday night, hours after an Antwerp rabbi was stabbed in the throat while he was walking to synagogue.

“Until there is a crackdown on incitement to hatred and anti-Semitism, then more people will believe that these types of attacks are legitimate,” Kantor added.

The EJC called on authorities across Europe to provide Jewish communities with a sense of security after the latest attack.

“Jews in Europe have lost a normal sense of security that worsens with every attack on Jews and Jewish institutions which are taking place with alarming regularity,” according to Kantor. “As citizens of Europe, it is the responsibility of the authorities, political, judicial and law enforcement, to ensure that Jews feel free to walk the streets in the open and live their lives absent of the fear these attacks generate….

“At the root of these attacks is the ongoing incitement against Jews from across the political spectrum and radical Islamists,”

When will European leaders take action, real action, against the radical Islamic threat to the continent?

A good guess would be that the time will come after Jews leave for Israel, if not elsewhere, and the Gentiles become next target of Muslim fanatics, who are rapidly emerging as the de facto leaders of Islam.