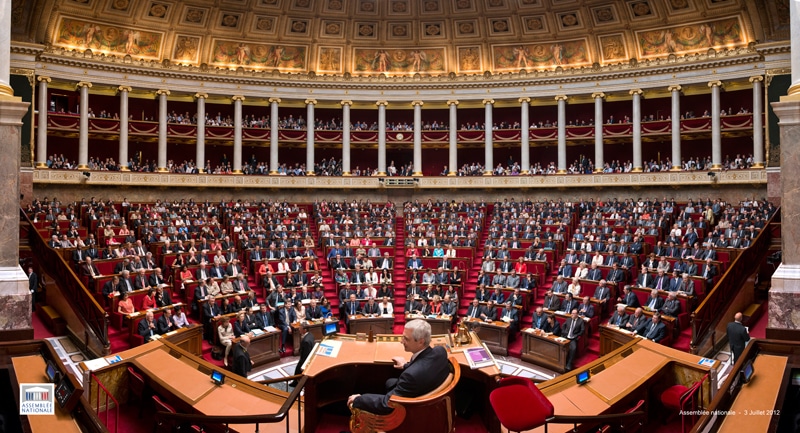 The French National Assembly on Tuesday voted by 339 to 151 in favor of a resolution to recognize a State of Palestine.

Sixty-eight deputies did not vote and 16 abstained. Almost all of the governing Socialist, Green and Left parties’ lawmakers, as well as some deputies of the opposition UMP and UDI parties, voted in favor of the resolution text, which is non-binding on the government. The vote urged the government to “recognize the state of Palestine” in order to “reinforce our country’s diplomatic action, prevail over hate speech everywhere and contribute to the establishment of peace in the Middle East.”

French Foreign Minister Laurent Fabius previously said that France would officially recognize Palestinian statehood if no negotiated peace agreement is reached within the next two years.

Sweden recently became the first European government to formally recognize a Palestinian state, while the legislatures of Britain and Spain also passed motions urging such recognition.

European Jewish Congress President Moshe Kantor criticized the French parliament’s vote. “Lawmakers who support Palestinian statehood outside of a negotiated solution between the parties are merely putting wind into the sails of Palestinian rejectionism and extremism, which is leading directly to greater violence against Israelis,” Kantor said, adding: “These lawmakers are giving a carte blanche to Palestinian incitement and hatred which has led to massacres and attempted murders perpetrated against Israelis over the last few weeks.”

“European leaders and parliamentarians need to show responsibility and carefully consider what will lead to a more peaceful and stable region. Recognizing a new state whose leaders have no legitimacy, because of an absence of democracy and elections, will just destabilize the region further. In addition, the territory, which European politicians are calling to be recognized as a state, is partially controlled by Hamas, a European-designated terrorist organization,” he declared.