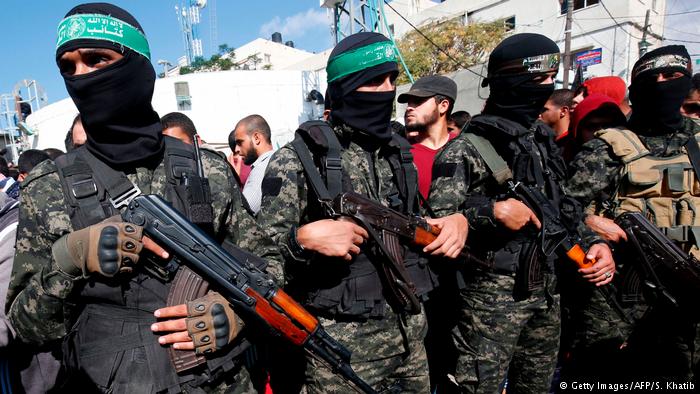 Members of the European Parliament have voted overwhelmingly to recognise a Palestinian state “in principle” on the same day that a European court ruled that Hamas just be taken off the list of terrorist organisations.

With 498 MEPs voting in favour of resolution and 88 voting against, the motion passed easily, but consternation among European Jewish groups was lessened because of a last-minute amendment, which linked recognition to negotiations.

Of more concern was the decision by the European Union’s lower court to remove the Palestinian Islamist group Hamas from a list of terrorist organisations, following a legal challenge.

“We have reached a new low in moral relativity,” said Dr. Moshe Kantor of the European Jewish Congress. “One just needs to look at Article Seven of the Hamas Charter to know their proud genocidal aspiration to the mass murder of Jews all over the world.”

The decision to de-list Hamas was made on technical grounds, which the court said “not imply any substantive assessment of the question of the classification of Hamas as a terrorist group”.

It comes after a 3.5 year campaign by Hamas lawyers who argued that the decision to blacklist the group was not made “on the basis of competent authorities but on factual imputations derived from the press and internet”.

Hamas’ lawyer, Liliane Glock, said she was “satisfied with the decision”. She added: “Every decision since 2001 imposing restrictive measures, including on the armed wing, have been annulled. I believe that this judgement shows the whole world that it exists and is legal.”

But Israeli Prime Minister Benjamin Netanyahu reacted with fury, demanding that European authorities immediately relist Hamas as a terrorist organisation, as the US, Canada and others currently do.

He added: “Whilst the ruling was on technicalities it is imperative that Member States, including our own government, act swiftly to put Hamas firmly back on the list of terrorist organisations where it belongs.”

However, others saw the vote as a sign of Europe’s change in mood towards Israel, following votes to recognise a Palestinian state in several national parliaments, including Britain, France, Ireland, Spain and Portugal.

“The vote itself won’t worry Israel’s extreme right, but it shows that in Europe right now, there is immense frustration, if not anger, at Israeli actions, including settlement expansion,” said leading commentator Hagai Segal.

“More and more people are saying enough is enough – that if Israel keeps building there will be no Palestinian state,” he said. “It’s another way of expressing support for the two-state solution, and Israel is struggling to respond. They just see it as more European anti-Semitism and dismiss it.”