France To Protect Jewish Institutions ‘With Army If Necessary’ 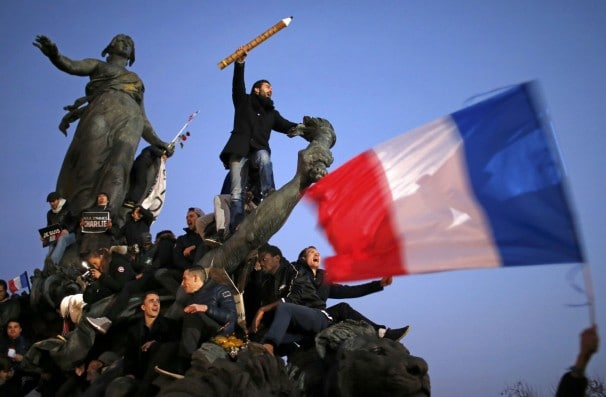 Jewish schools and synagogues will be protected “if necessary” by the French army, a leading figure in the country’s Jewish community said after meeting with President Francois Hollande on Sunday.

“He told us that all the schools, all the synagogues will be protected, if necessary, on top of the police, by the army,” said Roger Cukierman, president of the Representative Council of Jewish Institutions in France.

Hollande also said he would visit the Grand Synagogue of Paris after a march to mark this week’s jihadist attacks in the capital.

Over 1,000 soldiers are already deployed in the French capital following a spate of attacks by Muslim extremists.

The meeting between Jewish community leaders and the French president comes as French Jews are still recovering from the latest deadly terrorist attack to target their community, after four people were killed in an attack by Islamist gunman Amedy Coulibaly on a kosher supermarket Friday afternoon.

It also comes on the same day as world leaders are scheduled to attend a major rally in Paris in solidarity with France, following a week of deadly attacks, which began with the bloody assault on the offices of satirical magazine Charlie Hebdo last Wednesday.

That attack was carried out by brothers Cherif and Said Kouachi, acting on behalf of Al Qaeda in the Arabian Peninsula. The two were finally tracked down by French police on Friday and shot dead after a tense standoff in Dammartin-en-Goele.

Wednesday’s attack was followed by the murder of a policewoman in a shooting attack which wounded another on Thursday, and was followed by the attack on the Hyper Cacher grocery store on Friday. Both of the latter attacks were carried out by an associate of the Kouachi brothers, Amedy Coulibaly, who claimed to be acting on behalf of the ISIS terrorist group. Coulibaly was himself killed by French police as they stormed the shop in a successful bid to free the remaining hostages.

Jews in France and throughout Europe have reacted with shock and fear at the latest attack, and European Jewish Congress President Dr. Moshe Cantor on Saturday called on authorities to do more to tackle the threat of Islamist terrorism and Islamic extremism in general.

“European authorities must give law enforcement officials, intelligence agencies and the judiciary all the tools necessary to win this war that willprevent further violence and bloodshed,” Cantor said.

“Terrorists have declared war on our way of life and we can no longer stand idly by. Words are no longer enough.”