EJC President: ‘Europe Is At War And While Jews Are On The Frontlines, All Citizens Are Potential Targets’ 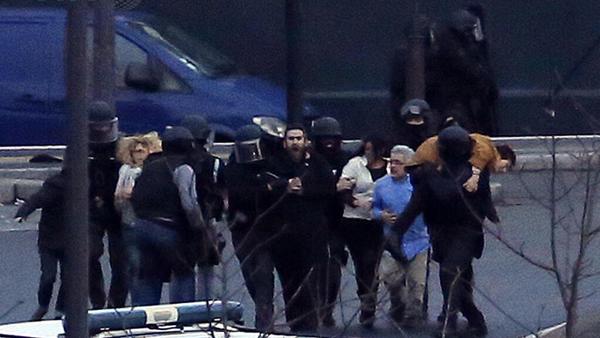 European Jewish Congress President has called on European authorities to fight the battle against Jihadist terrorists as if it is a war. President Kantor’s call comes a day after four Jews were murdered during a siege on a kosher shop in Paris.

“Europe is at war with an ideology that seeks mass bloodshed and murder,” Dr. Kantor said. “It is not a war against Muslims or Islam, but against a radical interpretation which targets for death anyone that they decide is the enemy, including journalists and Jews, but all our potential targets.”

“There should be complete unity of purpose among European political leaders towards ending the import of a bloody and malevolent ideological wave of terror onto our continent. Terrorists have declared war on our way of life and we can no longer stand idly by. Words are no longer enough,” Dr. Kantor continued.

“We called on greater cooperation, pan-European involvement and enhanced measures after school children were gunned down in Toulouse in 2012 and tourists at a Jewish Museum in Brussels last year. We don’t know how many more attacks the Jewish community can sustain and we call once again to the authorities to do all they can to ensure that Jews can return to normalcy and feel secure on the streets of Paris and across Europe.”

Dr. Kantor also expressed condolences to the families of those murdered and expressed its full solidarity with the French Jewish community which is feeling under siege.

“To our brothers and sisters in the French Jewish community, we grieve with you and for your loss,” said President of the EJC, Dr. Moshe Kantor. “We Jews have been placed on the frontlines of this war not of our choosing and we will stand shoulder to shoulder with our community across the continent which is under severe strain.”

“Additionally, just as France and the wider world stood with Charlie Hebdo after the murder of 12 journalists and caricaturists, we hope that there will be similar solidarity with the Jewish community after this attack and all will say ‘Je Suis Juif’.”