In Brussels, Jewish Security Professionals Train For The Next Attack 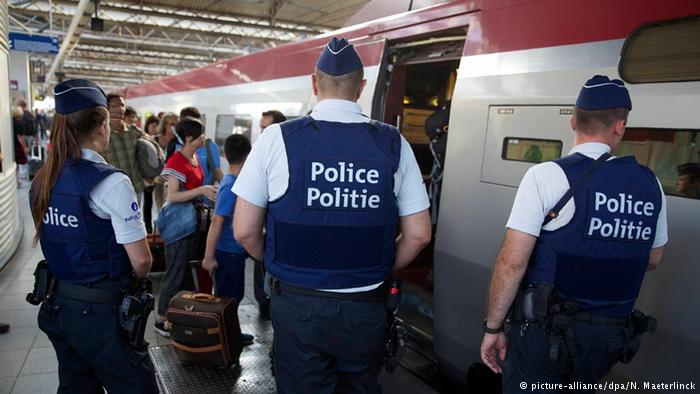 Seventy-two hours after a deadly attack on a kosher supermarket in Paris, dozens of Jewish community officials from across Europe were operating a hectic situation room at a hotel in the Belgian capital.

But crisis managers and community leaders were not dealing with the horror unfolding 200 miles away in the French capital.

Rather they were preparing for the next crisis situation, playing out a practice scenario with multiple casualties at a Jewish facility somewhere in Europe. Staffers were training to handle the deluge of queries, pleas, disinformation and even threats that often follow attacks on Jewish facilities.

It was said to be the first pan-European simulation of its kind and was the latest step in a plan by the European Jewish Congress’ Security and Crisis Centre, or SACC, after the killing last year of four people at a Jewish school in Toulouse, France.

The drill aimed to prepare communities to manage the consequences of the terrorist threats on a continent with nearly nonexistent national borders and vast disparities in law-enforcement and crisis-management standards.

“Unlike France or Germany or Austria, we have no known jihadist groups,” said Petr Papousek, president of the Federation of Jewish Communities in the Czech Republic. “But that doesn’t mean we’re not exposed to that risk when Prague is a two-hour train ride away from Vienna.”

The drill comes as many French Jews, reeling from the attack last week that killed four at a kosher supermarket, have publicly questioned whether public authorities are capable of ensuring their security. On Monday, thousands of French soldiers and police were dispatched to protect the country’s 700 Jewish schools.

To Pascal Markowicz, a board member of the CRIF umbrella group of French Jewish communities, the drill reflected a perceived need for European Jews to develop their own tools to deal with security threats. In the absence of those tools, Markowicz said there could be widespread panic leading to mass emigration.

“This morning, four children did not show up to my son’s Jewish school, which is situated a few hundred yards from where four Jews were murdered on Jan. 9, because their parents were afraid to send them there,” Markowicz said.

“We cannot rely solely on our security on police,” he added. “We need to take our own measures, which need to be pan-European if they are to be effective.”

In the situation room, staffers were prompted to respond to some of the situations that often occur in the wake of an attack. One drill dealt with handling callers who gloat, threaten or give false reports directly after an attack. Another aimed to prepare responders to deal sensitively with distraught relatives, even though urgent demands for information sometimes obstruct efforts to obtain that same information.

“Sadly, none of the people here need to use their imagination,” said Arie Zuckerman, who has overseen the SACC project since its inception. “This is a compilation of variations on situations that occurred in recent years in communities across Europe.”

Moshe Kantor, the president of the European Jewish Congress, initiated the SACC project in 2012 in response to the attack on the Otzar Hatorah school in Toulouse, after which some claimed the grief-stricken community was caught unprepared. The school had security cameras but no one monitoring the video feed. The school had no guard in place when the killer, Mohammed Merah, began shooting.

Ensuring a coordinated European response, Kantor said, is a “basic duty.” In a meeting later this week with Federica Mogherini, the European Union’s foreign relations and security chief, Kantor said he will demand a EU-wide approach to defending Jewish security.

“When the EU wanted to tackle the drug trade, it set up a pan-European agency for it because this was the only effective policy,” Kantor said. “It should do the same with anti-Semitism.”

The effectiveness of a coordinated response was demonstrated last year during the deadly attack on the Jewish Museum of Belgium, Zuckerman said. The defendant standing trial for the killings, Mehdi Nemmouche, is a French national who was caught with an automatic weapon several days later in Marseille, home to France’s second-largest Jewish community.

“Within a few minutes, a situation room was up and running and alerts went out to all European communities that a killer was on the loose,” Zuckerman said.

The response of Belgian authorities, on the other hand, was less than exemplary, Kantor said. Following the attack on the museum, which had no permanent police protection, the Belgian government pledged to allocate more than $4 million for security around Jewish institutions. More than six months later the money has not yet arrived.

“When even after a terrorist attack the Belgian government still does not keep its promises to fund and beef up security on communities, this is a scarlet letter and a major lacuna that needs to be addressed immediately,” Kantor said.