The Time For Marches Is Over; It’s Time To Act Over Anti-Semitism 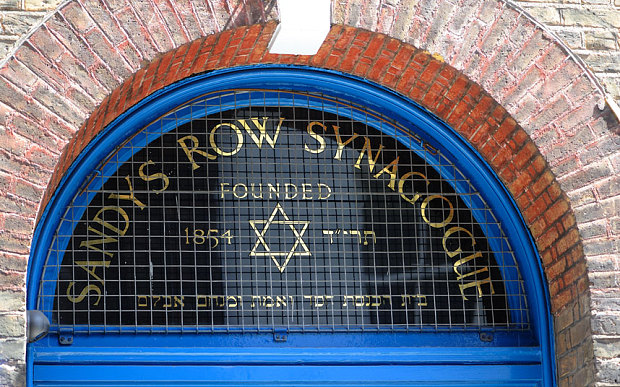 In every Jewish school in Europe parents drop their children wondering, just wondering, what might happen. That has to change

Seeing so many people, world leaders and ordinary people alike, marching through Paris this week to demonstrate their horror at the Charlie Hedbo and Paris kosher supermarkets attacks made me think. Marches have symbolic and emotional value. They can help people feel safer and less alone. Perhaps they have a place. But, the time for relying solely on talk and symbolic gestures is over. Now is the time for action.

That is why the European Jewish Congress in conjunction with the European Parliament and the Czech Republic will host a two-day event in Prague on 26th and 27th January to discuss practical solutions for tackling the rising anti-Semitism and intolerance in Europe. This will be The Fourth International Let My People Live! Forum and will take place on Holocaust Remembrance Day. Senior politicians, diplomats, global figures and experts from around the world will gather, not to talk, commemorate (whilst this is important) and make symbolic gestures, but to recommend practical solutions and concrete actions.

On the eve of 2015 and exactly 70 years since the Nazi death camps were liberated, the Jews of Europe today have been cornered and are faced with three stark choices.

One, to acknowledge simply the rising levels of anti-Semitism (In a YouGov poll published this week, 45 per cent of Britons agreed with at least one of four anti-Semitic statements put to them) and try to live with it as an inevitable fact, accepting regular harassment, insults and physical attacks, including the cold-blooded murders of the past week.

The kosher produce removed from shelves was apparently made in the UK and Poland, and had never been near Israel

Two, to attempt to assimilate and diminish their Jewish identity (although history shows even this does not work).

Three, to resign themselves to leaving Europe behind and emigrating to Israel, the United States, Canada or Australia.

The mere fact that the Jews of Europe even have to consider such choices should be an indictment of the current situation on the continent.

Jews are regularly threatened and attacked. Jewish institutions, including schools and kindergartens, require maximum levels of security. Unlike the victims of most other forms of racism and xenophobia, Jews are blamed by many for the hatred directed at them. Anti-Semitism is not provoked by Jews. It is a symptom of an ill society.

The level of anti-Semitic attitudes was evident in the findings of the recent ADL Global 100 survey conducted by the Anti-Defamation League. The survey found 24 per cent of the adult population of Western Europe and 34 per cent of the population in Eastern Europe harbour strong anti-Jewish attitudes. In France, 37 per cent of the adult population – nearly 18 million people – holds classic anti-Semitic views. About half of French respondents agreed with the statements, “Jews have too much power in the business world” and “Jews have too much power in international financial markets”.

The rise of the ultra-right and the presence of neo-Nazi parties in the portals of political power, including in the parliaments of Europe, is a source of grave concern. Coupled with this threat is the rise of radical Islam, endangering democracy and the free world. Jihadists see Jews among their first targets, as witnessed by the killings at a Jewish school in Toulouse in 2012 and the murders at a Jewish museum in Brussels earlier this year, and the Paris supermarket hostage crisis last week.

The danger of extremist religious and political ideologies, which promote racism, anti-Semitism and neo-Nazism, is currently underestimated and trivialised. This apathy poses an existential threat to the soul of Europe.

Edmund Burke once said that “the triumph of evil is dependent on good people being silent”. As a society we have born witness to such silence and indifference in the past, and I call upon European leaders to take bold, decisive action to defend the values on which Europe was founded.

If our decision makers today are real leaders with a clear strategy, they must address these growing threats, not only for the sake of the Jewish and other minority communities but for the sake of all Europeans.

Jews have long played the unfortunate role of the ‘canary in the mineshaft’ for European tolerance. Once again the signs are ominous.

World leaders have a clear responsibility to recognise these signs and act upon them before it is too late.