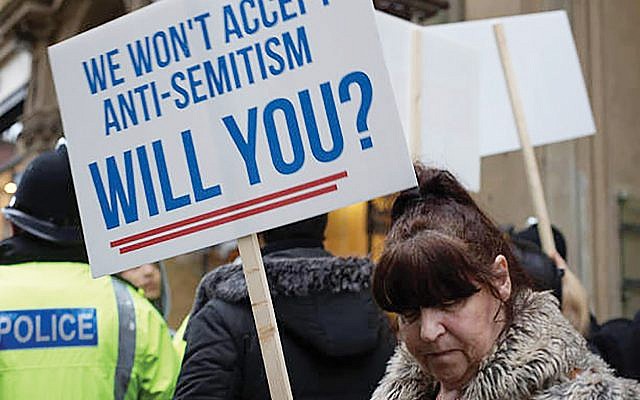 A delegation from the European Jewish Congress (EJC) spoke to EU foreign policy chief Federica Mogherini on Wednesday, calling on Brussels to create a pan-European body to combat anti-Semitism.

“Now more than ever, the European Union needs to create a position and organization specifically geared toward finding long-lasting solutions for anti-Semitism and other forms of racism,” EJC president Dr. Moshe Kantor said.

Kantor added that it is “incumbent on the European Union to urgently place combating anti-Semitism as one of its highest priorities because this is a hatred that transcends borders and cannot be dealt with by any SINGLE nation on its own.”

One of the countries that has attracted thousands of Jews over the last two years is the UK. However, according to a YouGov poll, commissioned by the Campaign Against Anti-Semitism (CAA), Britons are not so tolerant toward the Jewish population, as about 45 percent of Britons hold anti-Semitic views.

Following Charlie Hebdo attacks, Israeli PM Benjamin Netanyahu invited Jews from France and the rest of Europe to immigrate to the state of Israel, referring to what he sees as a “rising tide of anti-Semitism”there.

«On Monday I am going to make Aliyah [the term meaning the immigration of Jews from the diaspora to Israel],» Yohan Cohen, one of the hostages who hid inside a freezer at the kosher grocery store in Paris told AP. «We are not going to wait around here to die.»