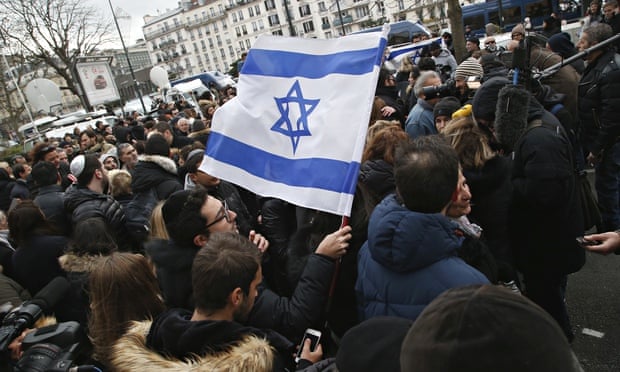 European Jewish leaders, backed by a host of former EU heads of state and government, are to call next week for pan-European legislation outlawing antisemitism amid a sense of siege and emergency feeding talk of a mass exodus of Europe’s oldest ethnic minority.

A panel of four prestigious international experts on constitutional law have spent three years consulting widely and drafting a 12-page document on “tolerance” that they are lobbying to have converted into law in the 28 countries of the EU.

The proposal would outlaw antisemitism as well as criminalising a host of other activities deemed to be violating fundamental rights on specious religious, cultural, ethnic and gender grounds.

These would include banning the burqa, female genital mutilation, forced marriage, polygamy, denial of the Holocaust and genocide generally, criminalising xenophobia, and creating a new crime of ‘group libel’ – public defamation of ethnic, cultural, or religious groups. Women’s and gay rights would also be covered.

The proposed legislation would also curb, in the wake of the Paris attacks, freedom of expression on grounds of tolerance and in the interests of security.

“Tolerance is a two-way street. Members of a group who wish to benefit from tolerance must show it to society at large, as well as to members of other groups and to dissidents or other members of their own group,” says the document. “There is no need to be tolerant to the intolerant. This is especially important as far as freedom of expression is concerned: that freedom must not be abused to defame other groups.”

In the midst of acute European angst over multi-culturalism, fundamentalist violence perpetrated on alleged religious grounds and the response of the state, the call for uniform rules across Europe is to be unveiled next week in Prague at events commemorating the Holocaust and the 70th anniversary of the liberation of Auschwitz.

“There’s a real threat of another Jewish exodus from Europe,” Moshe Kantor, president of the European Jewish Congress, told the Guardian. “The only way to fix these problems is deep changes in legislation to protect all, not just Jews.”

“Antisemitism is clearly part of it, but by no means the thrust of the project,” he said. “It’s about tolerance and if you expect tolerance, you have to show tolerance. Otherwise it becomes very obnoxious.”

The document, A European Framework National Statute for the Promotion of Tolerance, according to the drafters, seeks to define, codify, and balance rights, liberties, and security at a time when governments are scrambling over how to cope.

But it goes much further, calling for the criminalisation of “overt approval of a totalitarian ideology, xenophobia or antisemitism.”

Education in tolerance should be mandatory from primary school to university, for the military and the police, while public broadcasting must “devote a prescribed percentage of their programmes to promoting a climate of tolerance”.

The drafters are currently touring the parliaments of Europe trying to drum up support for a consensus that would get many, if not all, of the proposals turned into law across 28 countries. Given the national disparities on gay rights, libel laws, holocaust denial and more, the proposals represent a legal minefield.

In Hungary, which has a long record of antisemitism and has a nationalist rightwing government in power, the demands were laughed away, said Dinstein, adding: “The government wouldn’t touch it with a long pole.”

The organisers are particularly keen to see Britain enact legislation, similar to that in Germany or Austria, criminalising Holocaust denial. “We very much regret this is not done by Britain,” he said.

The yardstick, say the drafters, should be that if an international tribunal has ruled that genocide has taken place, then it should be accepted everywhere in Europe as true and criminal conduct to contest that in public. That means the Holocaust, the Rwanda genocide, and Bosnia because of the mass murder of Muslims by Serbs in Srebrenica in 1995. The Turkish massacre of Armenians in 1915, for example, would not be covered.

As far as Europe’s Jewish communities were concerned, said a senior EU policymaker, there was no need for new laws. The priority was security and protection.

Kantor complained that when raising the issue of protection, national and regional Jewish leaders were encouraged to stage fundraising activities.

“We are challenging today things that haven’t happened in Europe for 70 years,” he said. “The Jewish community in Europe definitely needs protection. Governments should pay and should invest much more money. We’ve already paid our taxes and we need much more commitment from governments.”