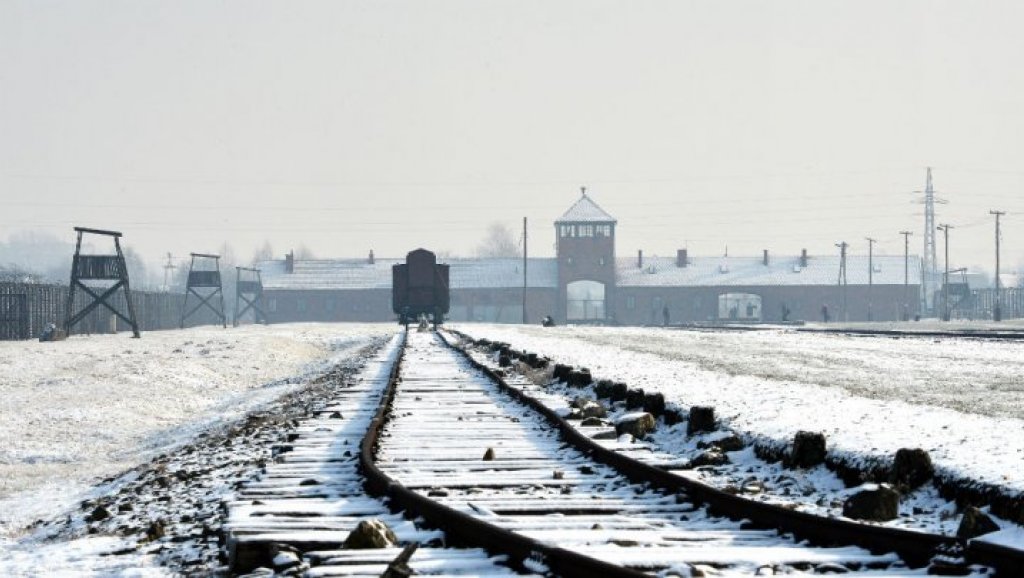 Some of the last remaining survivors of Auschwitz will return to the site of the Nazi death camp in Poland on Tuesday to mark the 70th anniversary of its liberation by Soviet troops amid warnings of a rise in anti-Semitism in Europe.

The commemoration at the site in southern Poland where the Nazis killed at least 1.1 million people, mainly European Jews, may be the last major anniversary when survivors attend in numbers. The youngest are in their 70s.

They will be joined by a host of dignitaries, including Royals from Belgium and The Netherlands and more than a dozen presidents and prime ministers from across the globe.

For survivor David Wisnia, the return to Auschwitz is bringing on nightmares and flashbacks for the first time.

“Last night sleeping… here, I had a horrible dream and woke up and looked out the window and sort of thought that I was back in Birkenau in cell block 14 where I started in 1942,” he told journalists ahead of Tuesday’s ceremonies.

Those that perished were either asphyxiated in the gas chambers or claimed by starvation, exhaustion and disease.

In all, the Nazis killed six million of pre-war Europe’s 11 million Jews.

France’s François Hollande and Germany’s Joachim Gauck will be among those taking part in a day of prayer and wreath-laying at the site, now a museum, at Tuesday’s commemorations.

One notable absentee will be Russia’s Vladimir Putin, president of the largest country to have emerged from the former Soviet Union, whose troops liberated Auschwitz on January 27, 1945.

Wary of the domestic political consequences, Poland did not send a full diplomatic invitation to Putin, sources have told Reuters. His chief of staff, Sergei Ivanov, will attend instead.

Poland is one of the most vociferous critics of Russian actions in neighbouring Ukraine, where Moscow annexed Crimea last March after the ouster of Ukraine’s then Kremlin-backed president

Ukrainian President Petro Poroshenko will be among the heads of state taking part.

Hollande makes the trip less than three weeks after Islamist gunmen killed 17 people in Paris in attacks on the Charlie Hebdo satirical weekly newspaper and a kosher supermarket.

Four French Jews were among the dead, the latest victims of a recent spate of armed attacks on Jews in Europe.

On the eve of the landmark event a leading Jewish organisation warned that Europe is “close to” a new exodus of Jews.

“Jihadism is very close to Nazism. One could even say that they are two faces of the same evil,” European Jewish Congress chief Moshe Kantor warned at a Holocaust forum in the Czech capital Prague.

His comments were echoed by German Chancellor Angela Merkel, who said it was a “disgrace” that Jews in Germany faced insults, threats or violence, as she joined survivors Monday in Berlin.

‘Two faces of the same evil’

Hollywood director Steven Spielberg also broached the subject as he spoke to Holocaust survivors in the city of Krakow in southern Poland on Monday, pointing to what he termed “the growing effort to banish Jews from Europe”.

“If you are a Jew today, in fact if you are any person who believes in the freedom of religion, freedom of speech, freedom in free expression, you know that like many other groups, we are once again facing the perennial demons of intolerance,” said Spielberg, who was awarded an Oscar for the Holocaust drama “Schindler’s List”.

Celina Biniaz, 83, was among the 1,200 Jews who escaped Auschwitz by being placed on Oskar Schindler’s famous list. As a child she left the death camp to work in a nearby factory run by the German industrialist.

“I so wish they would settle that problem in the Middle East because I so believe that it has a definite impact on what’s happening with anti-Semitism all over Europe,” Biniaz, who came from California for the ceremonies, told AFP.

“The Muslims have been disenfranchised and their young have no hope for the future, so they are desperate and it sounds glamorous for them to join things like ISIS,” she said, referring to the Islamic State jihadist group that has captured swathes of territory in Syria and Iraq.