Moshe Kantor At Prague Forum: ‘Europe Is On A Dangerous Path’ 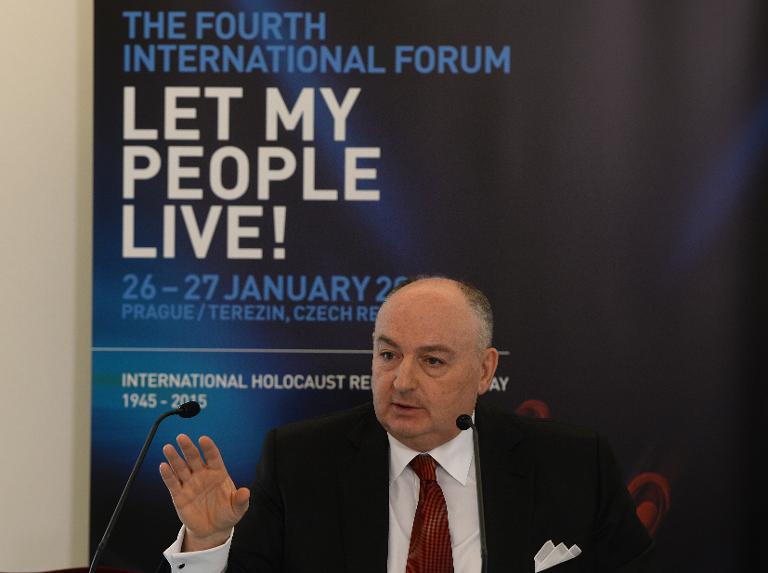 Moshe Kantor, President of the European Jewish Congress (EJC), said that Europe is on the cusp of “a New Dark Ages’ during the opening of the Fourth International “Let My People Live!” Forum, held in Prague on the eve of International Holocaust Remembrance Day.

“This, coupled with the continuing electoral successes of extremist parties in European, demonstrated in recent elections across the continent, shows that unfortunately, Europe is on a dangerous path,” he added.

“We need practical solutions and so we have prioritised the adoption of the European Framework National Statute for the Promotion of Tolerance,’’ he said.

The EJC said the Model Law, drafted by leading European experts and legislators, and supported by the EJC, defines the limits of tolerance, which is the demand for security.

‘’This is intended to be a pan-European law that for the first time deals with not only the general commitment to tolerance, but defines the values that needs preserving and the limitation of tolerance towards minority groups who risk the security of other minorities and of their host countries.’’

The Prague forum took place just over two weeks after the attacks on Charlie Hebdo and the Hyper Cacher supermarket which left 17 dead and on the same day as the neo-Nazi Golden Dawn came in third place in the Greek general election.

For the first time, a high-level and official pan-European forum discussed practical ways to combat the rise of Antisemitism, racism and religious radicalism in Europe.

“In the immediate term, intelligence-gathering and sharing across Europe must increase. It is now well known that all of the perpetrators of the attacks in Paris were on the radars of intelligence and police officials. The question of prevention must be readdressed, because the current paradigm is simply not working,” Kantor said.

“Police and law enforcement also need to be strengthened. This includes actively enforcing laws against incitement and anti-Semitic speech, and taking a firmer approach against those who promote hate and violence.”