Almost Impossible For A Human Mind To Comprehend 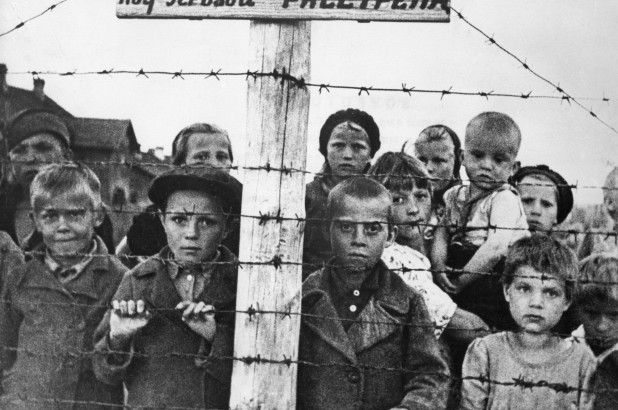 Seventy years to the day since Auschwitz was liberated, Steven Spielberg joins Jewish survivors and world leaders at the former death camp to condemn rising tide of anti-Semitism. Around 300 people who survived Auschwitz are expected to pay their respect at the former Nazi death camp today. Comes on the 70th anniversary of the camp’s liberation by the Soviet Army near the end of the Second World War. Hollywood director Steven Spielberg also joined world leaders at the camp to condemn rise in anti-Semitism. Already people have begun to gather to lay wreaths at the camp’s ‘wall of death’ and have been lighting candles. Heads of state including French president Francois Hollande are expected at the camp in Poland later for commemorations.

Hollywood director Steven Spielberg has joined world leaders at Auschwitz to mark 70 years since the Nazi death camp was liberated and has condemned the rising tide of anti-Semitism.

Mr Spielberg, who won an Oscar for his Holocaust drama Schindler’s List, visited the camp for the unveiling of a memorial plaque to those who lost their lives.

It comes as round 300 people who lived through the horrors of the camp, were expected to pay their respects at Auschwitz, where more than one million people, mainly Jews, were killed during the Second World War.

The commemorations are expected to be the last major anniversary for many of the survivors with heads of state also set to attend.

Yesterday, Mr Spielberg was talking to Holocaust survivors in the southern Polish city of Krakow, ahead of the today’s main event.

The Oscar winning filmmaker said: ‘If you are a Jew today, in fact if you are any person who believes in the freedom of religion, freedom of speech, freedom in free expression, you know that like many other groups, we are once again facing the perennial demons of intolerance.’

The director won an Academy Award for Best Director for ‘Schindler’s List,’ his 1993 movie about a German who saved more than a thousand mostly Polish-Jewish refugees during the Holocaust, warned of spreading anti-Semitism.

‘(There are) Facebook pages identifying Jews and their geographic locations with the intention to attack and the growing efforts to banish Jews from Europe,’ said Mr Spielberg.

‘My hope for tomorrow’s commemoration is that the survivors will feel confident that we are renewing their call to remember. That we will not only make known their own identities, but in the process help form a meaningful, collective conscience for the generations to come.’

Meanwhile Europe is ‘close to’ a new exodus of Jews, European Jewish Congress chief Moshe Kantor warned at a Holocaust forum in the Czech capital Prague.

‘Jihadism is very close to Nazism. One could even say that they are two faces of the same evil,’ he added.

While German Chancellor Angela Merkel said it was a ‘disgrace’ that Jews in Germany faced insults, threats or violence.

It comes as France’s main Jewish agency CRIF released figures on today that showed anti-Semitic acts in the country, home to Europe’s largest Jewish population, doubled in 2014 to 851, compared to 423 the previous year.

Britain will be represented by Communities Secretary Eric Pickles, while the United States delegation will be led by Treasury Secretary Jack Lew.

Royals from Belgium and The Netherlands are expected to be in attendance, as are more than a dozen presidents and prime ministers from across the globe.

The Archbishop of Krakow, Cardinal Stanislaw Dziwisz – a former aide to Saint Pope John Paul II – will be there on behalf of the Holy See.

Events at the camp today will include a church service, a laying of wreaths and the lighting of candles.

At the United Nations, commemorations planned for today, which is International Holocaust Remembrance Day, were cancelled because of a snowstorm in New York.

U.N. Secretary-General Ban Ki-moon and Israeli President Reuven Rivlin had been scheduled to speak along with the head of Yad Vashem Chairman Avner Shalev. It has tentatively been rescheduled for Wednesday, depending on the weather.

Today marks exactly 70 years since the concentration camp was liberated by the Soviet army on January 27, 1945, in the last months of the war.

The Soviet advance from the east forced the Nazis to retreat from occupied eastern Europe to Germany and they took many of their prisoners to kill along the way.

However, they left several thousand behind, among them children and prisoners close to death.

Ahead of today’s main commemorations, many of the survivors paid a private visit to Auschwitz yesterday on the eve of the 70th anniversary of the liberation.

Coming from around the world, some returning for the first time, the survivors paid homage to relatives murdered by Nazi Germany and the millions of other Jews who were killed in the Holocaust.

Together, several of them said kaddish, or the Jewish prayer for the dead, next to the infamous ‘Arbeit Macht Frei’ sign.

Celina Biniaz, 83, was among the 1,200 Jews who escaped Auschwitz by being placed on Oskar Schindler’s famous list.

As a child she left the death camp to work in a nearby factory run by the German industrialist.

Mrs Biniaz, who travelled from California for the anniversary said: ‘I so wish they would settle that problem in the Middle East because I so believe that it has a definite impact on what’s happening with anti-Semitism all over Europe.

‘The Muslims have been disenfranchised and their young have no hope for the future, so they are desperate and it sounds glamorous for them to join things like ISIS,’ she added, referring to the Islamic State jihadist group that has captured swathes of territory in Syria and Iraq.

While fellow survivor David Wisnia, said his return to Auschwitz is bringing on nightmares and flashbacks for the first time.

‘It’s a lifetime ago really,’ the 88-year-old explained.

‘Last night sleeping… here, I had a horrible dream and woke up and looked out the window and sort of thought that I was back in Birkenau in cell block 14 where I started in 1942.’

Of the more than 1.3 million people imprisoned there, some 1.1 million – mainly European Jews – perished, either asphyxiated in the gas chambers or claimed by starvation, exhaustion and disease.

In all, the Nazis killed six million of pre-war Europe’s 11 million Jews.

Historical records show that by 1942, the Polish resistance was providing Allied powers and Jewish community leaders in the US with the first detailed eyewitness accounts of the Holocaust.

But inexplicably, Washington and London failed to act against the six death camps the Nazis set up in occupied Poland.

‘The debate as to why the Allies did not bomb the supply lines to Auschwitz remains unresolved,’ survivor Marcel Tuchman said in Krakow yesterday.

‘Whether it was a sinister reason behind it or whether it was just tactical, in that they didn’t want to divert their air force remains unclear,’ the 93-year-old said.

‘A little bomb in the proper place, it would have really helped.’