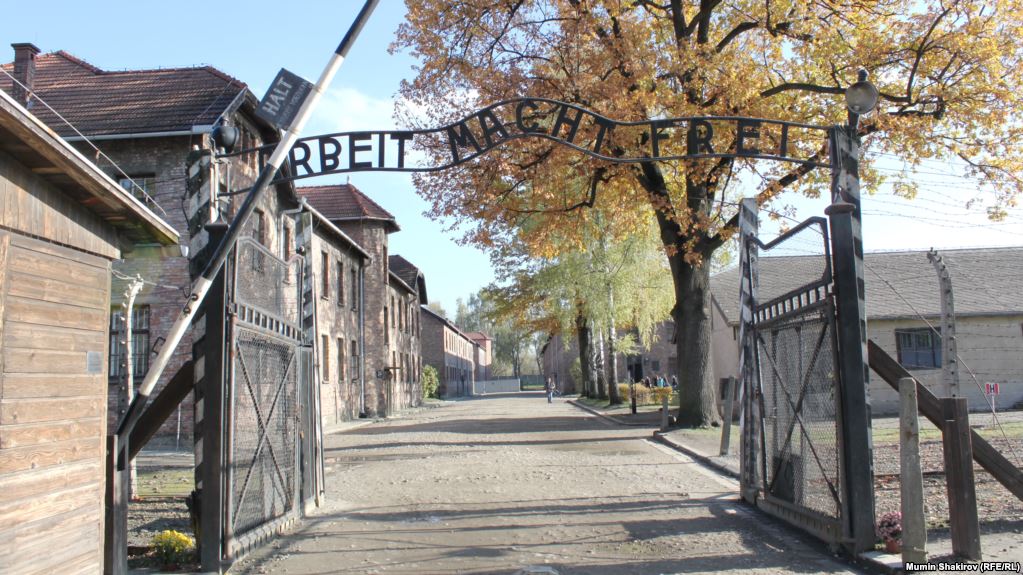 A ceremony will be held at the site of the former Nazi death camp at Auschwitz in Poland to mark the 70th anniversary of the liberation of prisoners still alive there when Red Army soldiers arrived.

Several hundred survivors of Auschwitz as well as representatives of foreign governments and royalty were expected to be among those attending the January 27 ceremony.

German Chancellor Angela Merkel, speaking on January 26 at an event in Berlin marking the liberation of Auschwitz, told a group of Holocaust survivors it was a “disgrace” that Jews in Germany faced insults, threats, or violence.

She called Auschwitz a “warning” of what people can do to each other and said the fact that synagogues and Jewish institutions had to be guarded by police was like a “stain on our country.”

January 27 is marked as International Holocaust Remembrance Day, and Auschwitz is one of the most indelible symbols of the genocide by Nazi Germany in which approximately 6 million Jews were killed, along with many Roma and other non-Jews.

Merkel used the example of Auschwitz to implore those who recently have protested against Muslims in Germany that “we don’t want to hear slogans full of hatred against people in Germany who found a home here.”

Soviet Army soldiers sweeping westward after Hitler’s forces were beaten back from the Soviet Union freed the prisoners of Auschwitz on January 27, 1945.

The anniversary has aggravated ties between Russia and the West – already at a post-Cold War low over the conflict in Ukraine – with Russia venting anger over suggestions by Polish and Ukrainian officials that the camp was liberated mainly by Ukrainians.

While it is recorded that soldiers from the divisions referred to as the Ukrainian Front were involved in liberating Auschwitz, the force comprised many nationalities.

That scrap added to tension after Russian President Vladimir Putin announced through a spokesman that he would not attend the January 27 ceremony.

In what several media outlets have portrayed as a backhanded move by Poland to prevent Putin from attending the ceremony, the Auschwitz-Birkenau State Museum did not send invitations to any heads of state this year, instead notifyng world leaders of the event and asking who would be coming.

Royals from Belgium and The Netherlands are expected to be in attendance, as are more than a dozen presidents and prime ministers from across the globe.

“Any attempts to play a card of any sort of nationalistic sentiment in this situation is totally sacrilegious and cynical,” Russian Foreign Minister Sergei Lavrov told a Berlin press conference hours after the Polish official’s radio interview.

The ceremony comes amid concerns about a rise of anti-Semitism in Europe, which have been deepened by an attack in which an Islamist gunman seizied hostages at a kosher grocery store in Paris on January 9 and killed for people there.

At a Holocaust forum in Prague on January 26, European Jewish Congress chief Moshe Kantor warned that that Europe is “close to” a new exodus of Jews.

He said, “Jihadism is very close to Nazism. One could even say that they are two faces of the same evil.”

But he suggested Jews should not be in a rush to leave Europe, and that he and others are working on legislation and other proposals to counteract “the threats of radical Islam, neo-Nazism and anti-Semitism in Europe.”