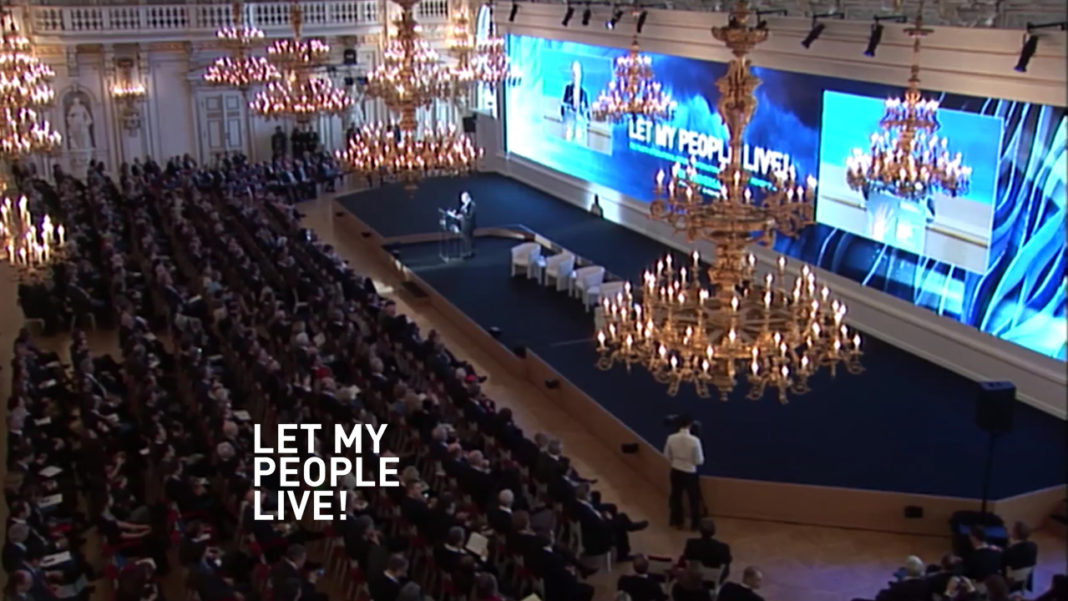 The speakers of 29 European parliaments signed a joint declaration expressing their “grave concern” over growing antisemitism in Europe.

The gathering of the European leaders was part of the European Jewish Congress’s “Let My People Live!” conference that coincided with the 70th anniversary of the liberation of Auschwitz and International Holocaust Remembrance Day.

“As heads of Parliaments we wish to make it clear that antisemitism, as well as other hate crimes, constitute problems for every society in which they are allowed to manifest themselves,” the European leaders said in a statement.

“Antisemitism employs sinister stereotypes and negative character traits. Contemporary examples of antisemitism in public life include the distortion or denial of the Holocaust with the intention of hurting Jews around the world and the State of Israel,” the statement added.

The only parliamentary speaker not to sign the joint declaration was Turkey.

In an address at the gathering, European Jewish Congress President Dr. Moshe Kantor, said that Europe is on the cusp of a new “Dark Ages,” with the rise of jihadists and far-right neo-Nazi groups.

“Recent atrocities in Paris, Brussels and Toulouse are visible manifestations of the deep structural problems embodied in European society today,” Kantor told European leaders. “Jihadism is very close to Nazism. One could even say that they are two faces of the same evil.”