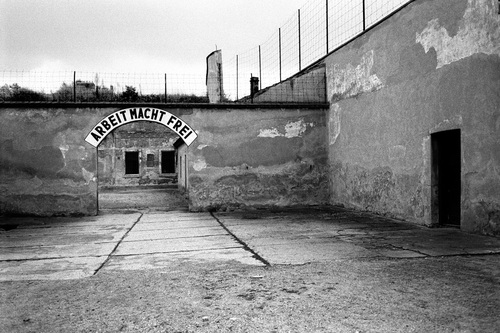 The remembrance of the Holocaust victims in Oswiecim (Auschwitz) on Tuesday was devoted to the horrors´ survivors and it is them who pointed out that the Nazi extermination camp was liberated by Soviet soldiers and it was them who considered the presence of Russia at the celebration little representative, Zbynek Petracek writes in daily Lidove noviny (LN) today.

It can be speculated about why Russian President Vladimir Putin did not arrive in Oswiecim. Whether he did not arrive because he did not consider the invitation dignified enough, or because the event in the direction of the survivors would have limited his own speech too much, Petracek writes.

Prague Castle, the venue of an international forum held on the occasion of the 70th anniversary of the end of the Holocaust on Tuesday looked like a branch of the Kremlin assigned to play the role of a mouthpiece, Alexandr Mitrofanov writes in Pravo.

He writes that he missed in the speech by Moshe Kantor, European Jewish Congress chairman and Russian millionaire, a mention of the country where the moderator of a state television can without impunity say the Jews themselves are to blame for the Holocaust. It is a country, from which Kantor comes and whose president he praises, Mitrofanov writes.

Another Putin´s man, whom Czech President Milos Zeman calls his friend, Vladimir Yakunin, was among the guests at Prague Castle, Mitrofanov writes.

Kantor supported the call for Russia to take part in a crusade against Islamic State. At the same time Zeman belittled the developments in Ukraine and he does not want more sanctions against Russia, Mitrofanov writes.

Two presidents spoke within the Oswiecim remembrance, the Czech and the German, on Tuesday and the contrast was huge, Teodor Marjanovic writes in Mlada fronta Dnes (MfD).

However, Zeman´s excessive focus on the Islamists buttressed with the words about a super-Holocaust, may have hidden something else if the presence of the U.S. blacklisted Vladimir Yakunin among the guests at Prague Castle is taken into consideration, Marjanovic writes.

It seemed as if Zeman, notorious for his devotion to Russia, wanted to avert attention not only from the presence of Russian President Vladimir Putin´s representative, but also from the fact that there is one more civilisation cloud to which resistance must be put up, Marjanovic writes.

He writes that Russia, too, is redrawing borders in a violent way and some 5,000 people have already lost their lives in consequence of the war it has started in Ukraine.