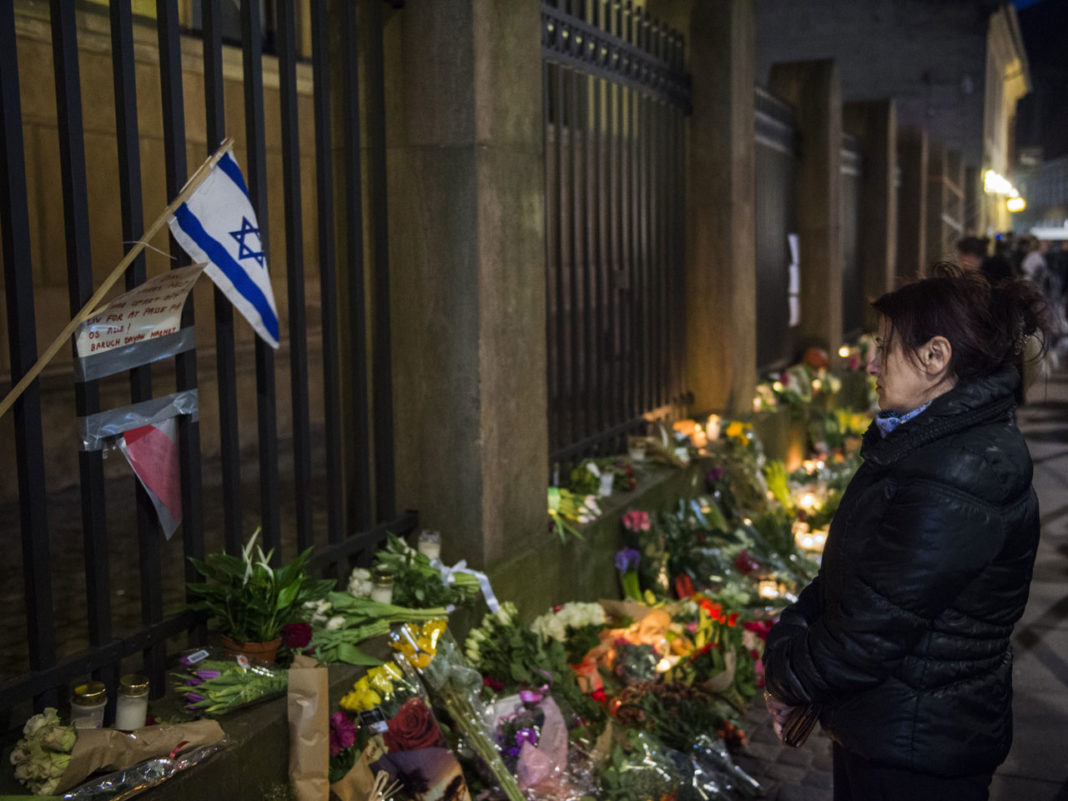 The gunman in the recent terror attacks in Denmark appears to have targeted a Copenhagen synagogue simply because there were Jews there.

Just like after the terror attacks last month in France — one of which was on a Kosher grocery store — Israel’s Prime Minister Benjamin Netanyahu took the occasion to encourage Europe’s Jews to leave.

“Again, Jews were murdered on European soil just because they were Jews,” Netanyahu said at the start of his Cabinet meeting Sunday. “This wave of attacks is expected to continue, as well as murderous anti-Semitic attacks. Jews deserve security in every country, but we say to our Jewish brothers and sisters, Israel is your home.”

The Israeli Cabinet approved a $46 million plan Sunday to encourage Jewish immigration from France, Belgium and Ukraine, countries where large numbers of Jews have expressed interest in moving to Israel.

The plan aims to bring about a “significant increase” in the number of immigrants by boosting Hebrew studies, holding immigration fairs, and posting more immigration officials in those countries, according to a government statement.

Netanyahu’s comments came amid a tight re-election campaign ahead of March 17 elections. Seeking a third consecutive term, Netanyahu has focused his campaign on Israel’s security needs, repeatedly warning voters about the many threats from Islamic radicals throughout the region. There was no immediate reaction from his chief opponents.

Anti-Semitism in Europe has been on the rise in recent years, with a noticeable spike coming after the Israel-Hamas war last year in the Gaza Strip.

Despite the growing anxiety in many of Europe’s Jewish communities surrounding the wave of terror attacks and plots in Europe, Rabbi Jair Melchior, Denmark’s chief rabbi, said he was “disappointed” by Netanyahu’s call for immigration following the attack

“People from Denmark move to Israel because they love Israel, because of Zionism. But not because of terrorism,” said Melchior. “If the way we deal with terror is to run somewhere else, we should all run to a deserted island.”

There are an estimated 6,000 to 7,000 Jews in Denmark, including about 2,000 active members of the Jewish community, which operates its own security patrol that coordinates with police to protect Jewish institutions. Denmark is known for saving most of its Jews during World War II.

European leaders have insisted that the criticism of their handling of security has no bearing on the treatment of their own Jewish communities.

When Netanyahu rushed to France following the deadly supermarket standoff and urged the country’s Jews to move to Israel, French leaders signaled their unhappiness.

“France, without the Jews of France, is no longer France,” French Prime Minister Manuel Valls said at the time.

The government has since beefed up protection at synagogues, Jewish schools and other sensitive sites.

French Jews have been increasingly migrating to Israel, a pattern that dismayed the French government well before the attacks at the kosher supermarket and since has left top officials pleading for them to stay. In 2014, more than 7,000 French Jews left, more than double the number for 2013.

The exodus from France accelerated after the March 2012 attacks by Mohammed Merah, who stormed a Jewish school in Toulouse, killing three children and a rabbi.

Last month’s attack in France was part of a wave of violence that killed a total of 17 people carried out by extremists who claimed allegiance to the al Qaeda and Islamic State of Iraq and Syria extremist groups.

Adding to the anxiety of many of France’s Jews, hundreds of graves were vandalized at a Jewish cemetery in eastern France, in what the interior minister called an “odious act” against religious freedom and tolerance.

Interior Minister Bernard Cazeneuve said in a statement Sunday that a special criminal investigation team is at the cemetery in Sarre-Union, near the German border, and authorities will do “everything” to pursue the vandals.

“My message is that all of Denmark feels with you,” Thorning-Schmidt said. “This is not the Denmark we want. We want a Denmark where people freely can choose one’s religion.”

After last month’s terror attacks in France, when Netanyahu issued a similar call to France’s Jews, Kantor said: “The European Jewry is the oldest European minority and we have our experience of surviving under all possible circumstances. We will not give up our motherland, which is called Europe. We will not stop the history of European Jewry, that is for sure.”