Are European Jews In Danger? 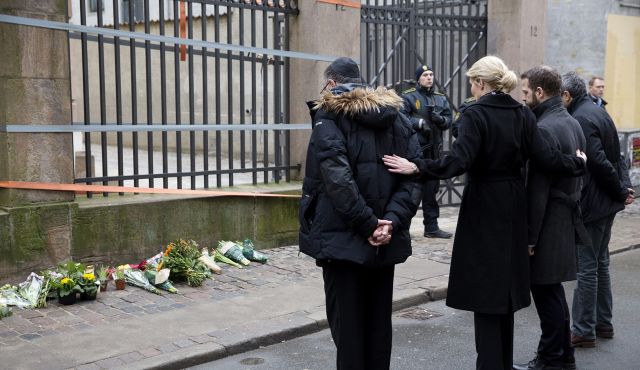 On Sunday, another anti-Jewish attack hit the press. A Jewish cemetery in France was vandalized just hours after the Copenhagen attack raising more questions about the safety of the Jewish community in Europe.

The Associated Press reported on the event:

Hundreds of graves have been vandalized at a Jewish cemetery in eastern France, in what the interior minister called an “odious act” against religious freedom and tolerance. Interior Minister Bernard Cazeneuve said in a statement Sunday that a special criminal investigation team is at the cemetery in Sarre-Union, near the German border, and authorities will do “everything” to pursue the vandals. Jewish and Muslim gravesites and places of worship see sporadic but frequent vandalism in France. The latest incident comes amid religious tensions in Europe after Islamic radicals attacked a kosher market and a newspaper in Paris last month, and similar attacks in Denmark this weekend. Cazeneuve urged calm and tolerance. Many French Jews feel increasingly worried about anti-Semitism.

On the heels of a kosher supermarket killings in France and the more recent synagogue shooting in Denmark, it is no wonder that European Jews are on edge and frightened. It does not help that after the Copenhagen shooting, Benjamin Netanyahu issued this dire statement about the safety of Jews:

Jews were killed on European land just because they were Jewish. This wave of attacks will continue. I say to the Jews of Europe – Israel is your home.

Now, a fierce debate is breaking out among the international Jewish community about the growing tide of anti-Semitism in Europe and what should be done.

European Jewish Congress President Moshe Kantor has issued a statement saying the governments of Europe need to do more to protect Jews.

“The threats against Jews and the inability of governments to defend them are forcing Jews out of Europe,” Kantor said. “Intelligence-gathering, surveillance and protection must be amassed and shared by all nations and terrorists need to be hunted down before they act. Now is the time for all EU member states to act swiftly and effectively.”

Prof. Gerald Steinberg, a prominent Israeli political scientist, agreed that Europe is now tinged with “lethal European anti-Semitism,” but blamed the media and human rights groups for fanning the flames of hate.

“The repeated and false allegations of Israeli ‘war crimes,’ ‘child killer’ and even ‘genocide’ from political groups under the facade of human rights and humanitarian assistance has certainly contributed to the lethal European anti-Semitism,” he told the Jerusalem Post. “And many European media platforms and government officials repeat these modern blood libels without bothering to verify the facts or the double standards that are employed.”

Still, not everyone thinks all European Jews should make aliyah [the Hebrew word used for a Jewish person immigrating to Israel] or even lock down Jewish facilities 24/7 to keep Jews safe in Europe.

The chief rabbi of Denmark – home to 6,000 Jews – called the Israeli Prime Minister’s call for European Jews to move to Israel, “disappointing.”

“Terror is not a reason to move to Israel,” the rabbi stressed, making it clear he has no intentions of allowing the shooting to drive his community from their European homes.