British Jews ‘Stand Together’ With Small Danish Community After Attack 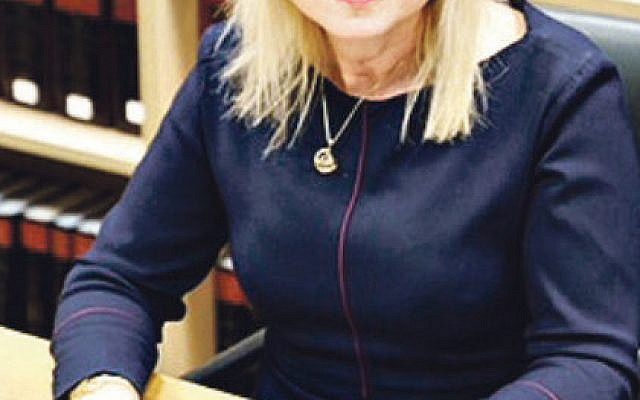 British Jews have said they “stand together” with the small Jewish community in Denmark after an attack on a synagogue in Copenhagen on Shabbat, where one Jewish man died and two policemen were wounded.

Only a month after the twin attacks in Paris, in which a satirical magazine was targeted before a kosher grocery story, observers said events in the Danish capital this weekend smacked of déjà vu.

Omar El-Hussein, a 22-year-old with history of violence, opened fire at a public debate on Islam and free speech featuring an artist who had caricatured the Prophet Muhammad, killing Finn Noergaard, 55, a Danish film-maker.

The gunman is then believed to have travelled to a synagogue, in which there was a Bat Mitzvah, opening fire on security guards outside. Chief Rabbi Jair Melchior identified the victim as Dan Uzan, a 37-year-old member of the small Scandinavian country’s 7,000-strong Jewish community.

A spokesman for the Board of Deputies described this weekend’s events as “shocking” before adding: “We stand in solidarity with the Jewish community in Denmark and have contacted them to express our sympathy and support.”

As the Danish premier pledged to safeguard the country’s Jewish community, European Jewish leaders were critical, saying more needed to be done.

European Jewish Congress President Dr. Moshe Kantor, has urged European authorities to go on the offensive against radical Islamists, if they are to stand any chances of beating back the terrorist wave spreading across Europe.

“It demonstrates that defensive measures to protect the public and the Jewish community in particular are not enough,” said European Jewish Congress chief Moshe Kantor. “The authorities must take the battle to the radical Islamist enclaves, prevent the next attack and bring the terrorists and their supporters to task.”

He added: “Islamic terrorists are targeting Jews specifically in their homes, markets, places of business and houses of worship. Unless serious action is taken to prevent these attacks every Jew in Europe is at risk.”

There were calls this week for authorities to establish a pan-European taskforce with authority and resources, and for intelligence-sharing on threats.

“Terrorists need to be hunted down before they act,” said Kantor. “Now is the time for all EU member states to act.”

Israeli Prime Minister Benjamin Netanyahu said his government plans to encourage a “massive immigration” of Jews from Europe, adding: “Jews deserve security in every country, but we say to our Jewish brothers and sisters, Israel is your home.”