Jews Are On The Front Lines Of This War 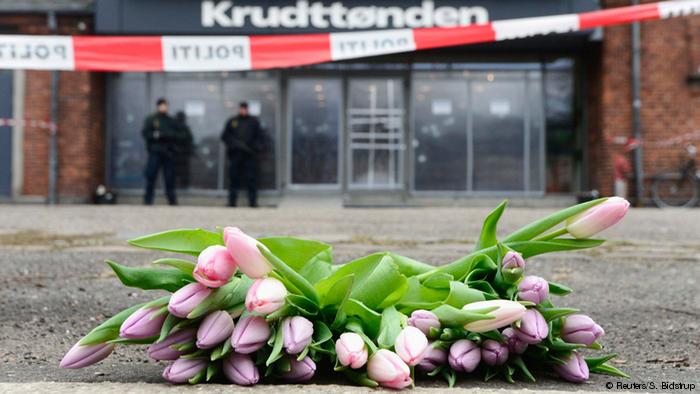 After the fatal attacks in Copenhagen, Israeli Prime Minister Benjamin Netanyahu called for a “mass immigration” of European Jews to Israel. DW spoke with two Jewish leaders about the threat to Europe’s Jewish community.

DW: What we have witnessed in Copenhagen this weekend is an act of terrorism, there are no doubts about that. The whole world condemns it. Unfortunately, it’s not the first one. We faced the same tragedy in Paris a month ago. In both cases, the Jewish community was targeted. What was your reaction when you heard what happened?

Moshe Kantor: Jews are being singled out in a war on our communities. It is not what we do or say, it is who we are. The communities are rightly concerned because there is an attempt to harm our normal fabric of life by slowly and methodically attacking communities across the continent in the hope of terrorizing the Jews of Europe.

Maram Stern: I wish the whole world would condemn it, but regrettably it’s NOT the case. Also I am missing many, many NGOs who pretend to work for a better and safer world.

Are you in touch with the community in Denmark? What have you heard from them? They must be really concerned for their safety.

Kantor: Yes, and there is understandable anxiety and worry. Also a feeling that this could have been prevented by expanding security and providing greater resources before the act rather than after. Following the deadly attack at the Jewish school in Toulouse a couple of years ago, the EJC created a Security and Crisis Center (SACC) which trains and prepares Jewish communities to handle crisis and security management by coordinating all the various arms of the community – leadership, security, medical and psychological in crisis management teams.

Stern: We are in constant contact with the leadership and members of the Jewish community in Denmark. Everyone naturally is concerned of their safety, it’s a human natural reaction. But Jewish communities all over are concerned about safety. Attacks of this kind are not restricted geographically.

DW: How safe it is for Jews in Europe today? It seems to have become worse. What is your experience?

Kantor: All reports and surveys strongly demonstrate that the levels of anti-Semitism have reached unprecedented highs not witnessed since the end of World War II. Jews are on the front lines of this war and while we are a primary target we are certainly not the only target as terrorists try and harm our way of life by attacking freedom of speech, a basic foundation of Western society.

Stern: You would think Europe is safe, I would even say Europe is safe generally – but you cannot control these kinds of attacks.

DW: Is the situation worse in France and Denmark? Any concerning reports coming from other European countries?

Kantor: The situation in France is very bad, as it is in other places like Sweden and Belgium. What is most important is that there is a European-wide reaction and action taken by European leaders and political authorities, who should come together to create a pan-European task force to deal with this problem.

Stern: I am not sure that anyone can say this place is worse than this place. The last attacks happen in Denmark and France, but it can also happen anywhere else.

DW: Have you talked with European authorities about these issues? What have EU officials told you? Have they shown an understanding?

Kantor: We have met with many European leaders in recent weeks and we have heard very reassuring sentiments, which have also been expressed to the wider public. However, the time for words and solidarity marches are over. It is time for action, for the task of taking the fight to the radical Islamists who are already planning several new waves of attacks. We need to stop being on the defensive and go on the offensive.

Stern: The World Jewish Congress is talking all the time to the authorities. Everywhere we find understanding – but the problems lie in how to stop these kinds of attacks, which are uncontrollable.

DW: In a February 16 press release, the European Jewish Congress said, “the wave of anti-Semitism which is sweeping the continent is becoming more and more violent and endangers Jewish existence.” Why is the Jewish community facing those threats?

Kantor: The simple answer is religious hatred. We completely reject the idea, shared by some, that the conflict in the Middle East or Israel is a mitigating factor. It is an absolutely absurd equation, one that would not fit for any other community. There are tens of violent conflicts raging in the world with death rates of tens of thousands, yet no people in Europe who may have religious, cultural or national ties to these nations have been targeted. This assertion is anti-Semitic because it holds the Jewish people to a different standard to others and justifies further attacks on Jews.

Stern: What has brought us in this situation, why is the Jewish community facing those threats? It’s perhaps the most complex question which is almost impossible to answer in a few words.

DW: So, what needs to be done first, according to your opinion?

Kantor: Firstly, enhanced security measures for Jews and Jewish institutions, which are constantly under threat of attack. It is the duty of each and every European government to not only ensure the security of Jewish institutions but also to support the community’s internal security efforts.

There needs to be a radical paradigm change in the thinking by European political authorities. The current paradigm is simply not working or providing any protection to Jews and other targeted communities. We need to see greater intelligence cooperation between states because with more open borders, those who seek to commit attacks travel easily from country to country, as well as tougher enforcement and stiffer penalties for those convicted of hate crimes as a means of prevention.

DW: What about Israeli Prime Minister Benjamin Netanyahu’s message urging European Jews to move to Israel, which he reiterated after the attacks in Paris and this weekend in Copenhagen? Wouldn’t that be giving up?

Kantor: The reaction by the Israeli prime minister is natural. He, like all Israelis, cares about the Jewish communities all around the world and they see what is happening and they would like to lend a hand to help. However, I don’t think mass emigration is the answer. The Jews are the oldest and most loyal minority in Europe and if Jews are not welcome on this continent then it bodes very badly for the future of Europe. It is certainly no coincidence that whenever Jews are targeted it spells dark days ahead for Europe as it has in the past.

Stern: Jews who have to leave Europe because of attacks and threats would mean the end of a free Europe.

Moshe Kantor, who is president of the European Jewish Congress (EJC), is well known worldwide for his fight against anti-Semitism and racism. He co-chairs the European Council on Tolerance and Reconciliation (ECTR) and is known for his extensive involvement in the promotion of tolerance in the modern world. He is also president of the International Luxembourg Forum on Preventing Nuclear Catastrophe and is engaged in discussing and elaborating ways to stop nuclear proliferation and prevent nuclear catastrophe.

Maram Stern has been associate executive vice president of the World Jewish Congress since May 2013. Prior to that he was deputy secretary general from 1996 to 2013. Stern is also responsible for WJC participation in inter-religious dialogue and consultations with the Christian churches and other faiths.