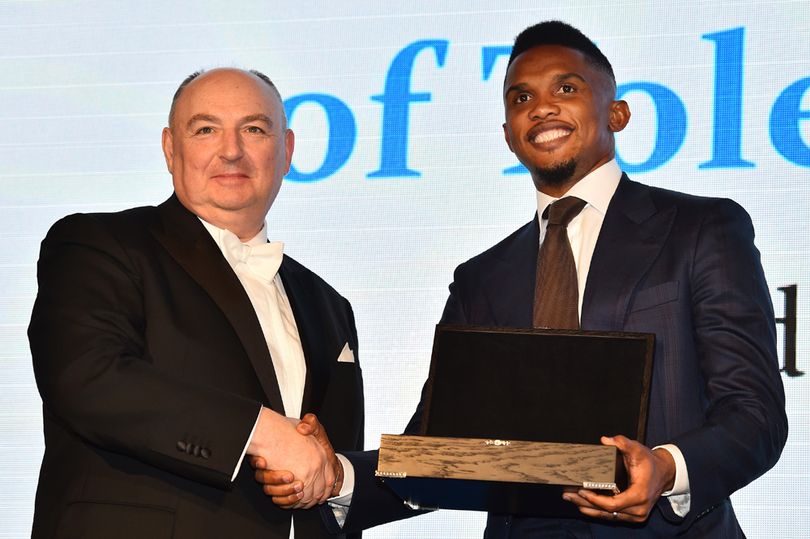 Samuel Eto’o has defended Chelsea fans insisting the Paris Metro racism storm is not representative of Blues supporters as a whole.

Blues boss Jose Mourinho spoke out to condemn the behaviour of the fans filmed shoving the commuter off a train carriage while chanting “We’re racist, and that’s the way we like it.”

And now former Chelsea striker Eto’o has spoken out over the incident insisting the actions of the few shouldn’t reflect on Chelsea fans as a whole.

“I was shocked when I saw those images, but fortunately Chelsea has millions of fans worldwide,” he told Reuters before being presented with an award for his stance against intolerance.

“These five or 10 fans are not representative of all the other fans,” he added.

Five supporters have been suspended for the incident on February 17, with official investigators saying that anyone who is found guilty of the offence will be banned for life by the club.

Eto’o, now playing for Sampdoria, was awarded the European Medal of Tolerance by the European Council on Tolerance and Reconciliation (ECTR), a non-governmental campaigning organisation.

The Russian-born Kantor, who is also president of the European Jewish Congress, praised Eto’o for having the “courage and will to stand against the racists, building awareness and inspiring fellow footballers and millions of football fans.”

Eto’o has played for Real Madrid, Barcelona, Inter Milan, Anzhi Makhachkala and Everton in a career that has seen him win the Champions League three times.

He experienced racism in Spain in 2006, while with Barcelona, when he threatened to walk off after Zaragoza supporters made monkey noises whenever he had the ball.

In Italy, playing for Inter against Cagliari, the referee stopped the match when Cagliari fans made racist chants. Eto’o went on to score the winning goal.