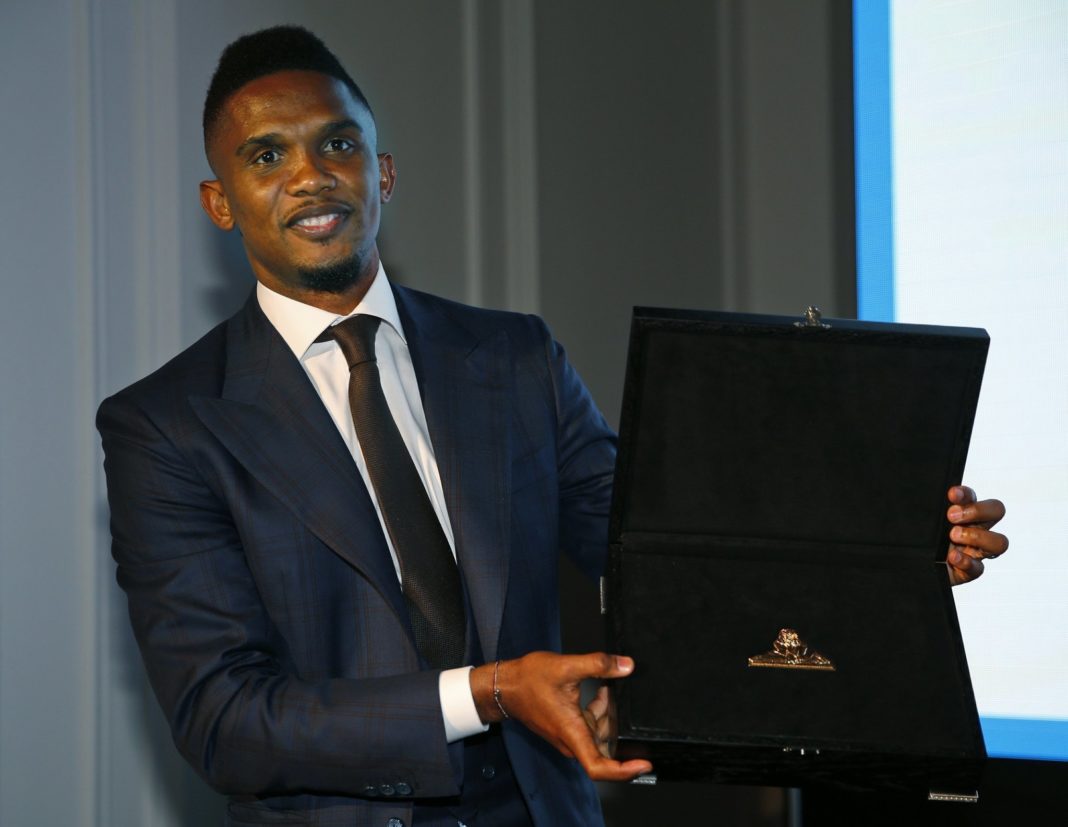 Recalling the first time he was exposed to racism in football a decade ago, Samuel Eto o said he made an immediate decision to “stand up and shout” rather than continue to endure abuses and hatred on the field.

On Monday, the four-time African player of the year was honored for his work countering racism, receiving the European Medal of Tolerance from the European Council on Tolerance and Reconciliation, a non-governmental organization.

ECTR President Moshe Kantor said the 34-year-old Cameroon great was receiving the award for finding “the courage and will to stand against the racists, building awareness and inspiring fellow footballers and millions of football fans.”

Eto o took a stand in 2005 while playing for Barcelona, threatening to walk off the pitch after Zaragoza fans taunted him with monkey chants and threw peanuts when he got the ball. The following year, Eto o was racially abused again at Zaragoza.

“Since that day I decided to stand up and fight against all the abuses either in the stadium or outside the stadium.”

The incident was shown in a video at Monday s ceremony and dinner, which was also attended Chelsea winger Eden Hazard.

“I heard about the Chelsea fans in Paris and I was shocked about it,” said Eto o, who spent the 2013-14 season at Chelsea.

“You can t condemn the club for just five or 10 people who have that attitude.”

Racism continues to blight games across Europe. The volume of incidents in 2018 World Cup host Russia, in particular, was highlighted in a recent report by the anti-discrimination network, Fare, which was also honored on Monday.

“When I was growing up I thought everything was a life of friendship, respect and sharing,” Eto o said. “But I discovered that unfortunately you have people who aren t behaving in the same way but have hatred.”

Eto o has defied the racists with a distinguished career that has also included stints at Inter Milan, Everton and Russian club Anzhi Makhachkala. In January, he returned to Italy to join Sampdoria, scoring his first goal for the team last weekend.

“When I left Cameroon I was 15 years old … I had one dream,” Eto o recalled in London. “It was to conquer the world. I wanted to prove that a young boy coming from Africa was able to succeed and achieve a lot.”

Eto o has won three Champions League titles. Two with Barcelona and the other with Inter. He won two African Cup of Nations titles with Cameroon and played in four World Cups before retiring from international duty last year.