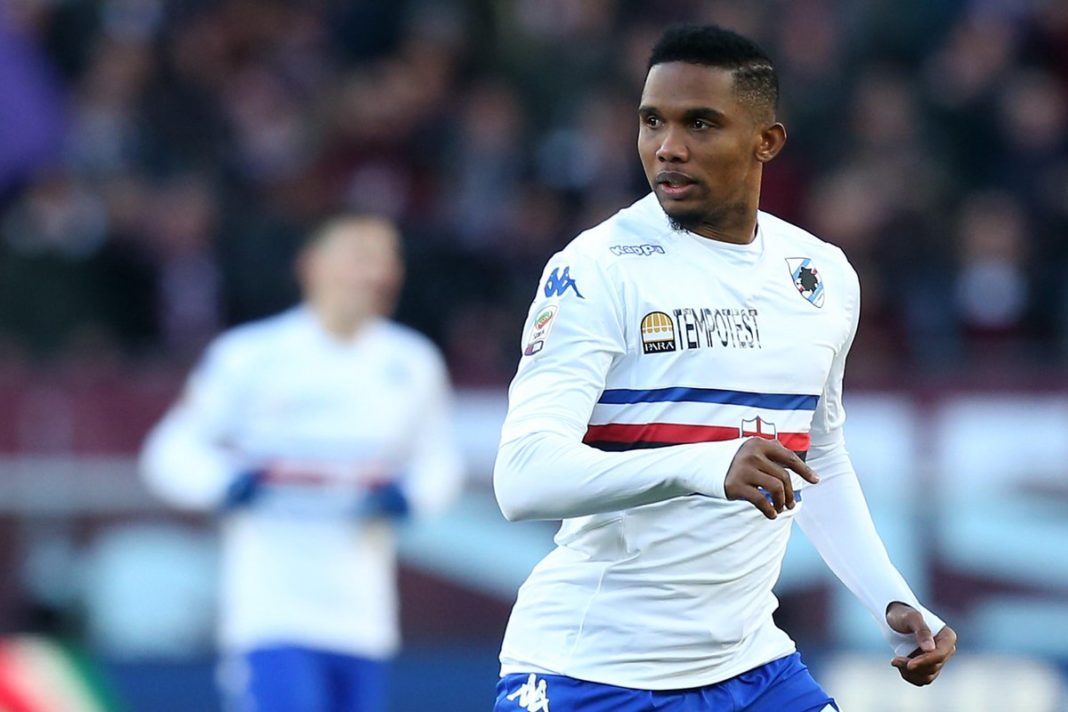 Racism, xenophobia and anti-semitism have returned to the streets of Europe with a vengeance. Tolerance is in short supply.

Football, as the great sporting and social leveller, should be that safe haven. Football is about hope, pride and passion and above all, opportunity, as my career at the top flight of the world’s most loved game shows.

More than any other sport or activity, football has the capacity to break down boundaries and unite disparate cultures. Football can take a child from the favelas of Rio de Janeiro or boy like me from the streets of Douala in Cameroon, playing bare-foot with my friends, all the way to the bright lights of Barcelona or the glamour of the Premier League.

Fans and players of every colour and creed cheer together, cry together, win together and lose together. Football has the capacity to cross boundaries, nationalities, religions and cultures. We saw this personally when my heroic Barcelona team mates walked off the pitch with me a few years ago after I received racist abuse.

However, rather than being a unifier, football appears to remain one of the last places where racism is openly tolerated and acceptable. It seems not much is taboo once the kick off whistle blows.

In few other places can you hear groups of people singing that they are proud racists, where bananas are still thrown at black people like me and where the Nazi salute, and its equivalents, like the Quenelle, still makes a regular appearance, on the field, in the stands and on social media.

If we are to truly rid our societies of the diseases of racism, xenophobia and anti-semitism, then we cannot allow hate and intolerance to have the oxygen they still regularly receive from the world of football.

We have come a long way since the 1970s when black and other “non-white” players first graced football stadiums across the European continent in large numbers. However, in recent months, the growing number of racist incidents associated with and surrounding football has reminded us that we still have a long way to go.

For too long there have been excuses for racism in football; supporters get a bit carried away, it contributes to the camaraderie and atmosphere or just the assumption that because it is part of a chant sung regularly by thousands then it is somehow acceptable.

Football is frequently seen and treated as outside of the parameters of normal societal behaviour. Many people act on the stands and on the pitch in ways they never would in any other area of their lives.

We should not intrude on the special atmosphere that makes football such an exciting spectator sport. However, we must ensure football fosters an environment where all people from every background feel safe and welcome.

The next generation of supporters are joining their parents in the stands at every match, and they should not be witnessing the racial abuse, which is still prevalent in the game.

Supporters receive mixed messages from clubs and authorities. On the one hand, many clubs, especially in the UK, take a tough stance against supporters making racist comments, but on the other hand, a blind eye is often turned by clubs when their own players offend. Football authorities make all the right noises in public when talking about racism in general terms, yet the sanctions they impose for hate speech and acts are often laughably minimal.

How can Uefa fine a team in Bulgaria a pathetic €8,500 when they wave a banner saying “Say Yes to Racism”? How can a club like Feyenoord only be fined €16,000 when their fans are openly racist? This is all the more worrying when you see that UEFA can fine a player like Nicholas Bendtner €100,000 for contravening a ban on product placement! It does not take a genius to see where the priorities lie.

We should not have to worry when walking on to the pitch about being abused by the colour of my skin, or seeing players make deeply offensive anti-semitic gestures. We should not have to worry about speaking out about this and calling the authorities to account. Football is good at paying lip service, but when racists are out in the open acting with impunity it is time to say enough is enough. We need action, not just words.

Football may have a problem, but it can also be part of the solution. As the most popular sport in the world, it touches many lives and could play an even more significant role in the fight against hate and intolerance.

My life and career are proof that football can have a positive impact on the world around us, breaking down glass ceilings and giving opportunities to young kids from all over the world to change their fate.

All the positive moral and cultural aspects of football are at risk if we cannot root out the hate and intolerance.

For the sake of a brighter and more equitable future, it is time to rid the beautiful game of its uglier side.

Samuel Eto’o is Africa’s most decorated footballer, and the recipient of the ECTR 2015 European Medal of Tolerance