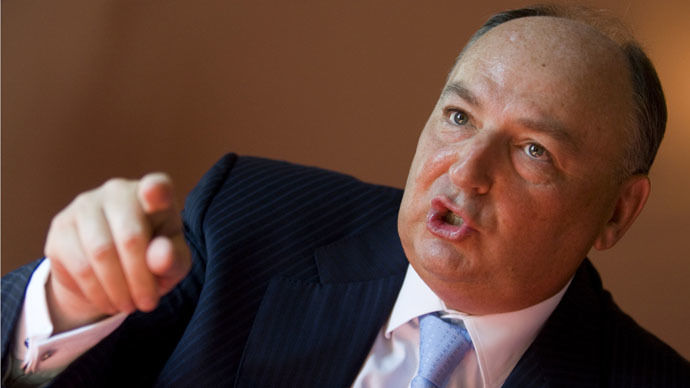 European leaders should be quick in adopting real measures to counter anti-Semitism or witness Jews leave, taking away their money and businesses, says the President of the European Jewish Congress (ECJ).

The rise of xenophobia and anti-Semitism in Europe has led to many Jewish families pondering escape, ECJ’s Russian-born president Moshe Kantor said.

France demonstrated a similar rise in anti-Semitic acts: they doubled in 2014 to 851 registered, compared to 2013’s 423, according to the major Jewish group, the Representative Council of French Jews (CRIF).

This year’s attacks on Jews in Paris and Copenhagen have led to Israeli Prime Minister Benjamin Netanyahu calling on European Jews to immigrate to Israel.

If Jews do it, that would trigger a serious economic crisis in Europe, Kantor warned.

“I think out of three million Jews that are living in Europe at least one million, a very active part or young part, self-sufficient part are going to leave and it will be a disaster, an economic disaster for Europe in general because first of all some supporters, non-Jewish supporters will come with Jews. It’s a lot of cash and money currents are going to leave Europe and also businesses,” he said.

He added that there is “a strong demand from civil society to modify the legislation fighting against racism, xenophobia and anti-Semitism.”

Journalists in Britain and France have recently tried to measure the extent of anti-Semitism by walking the streets wearing traditional Jewish kippah head covering.