Huge Increase In Violent Antisemitic Incidents In Europe In 2014 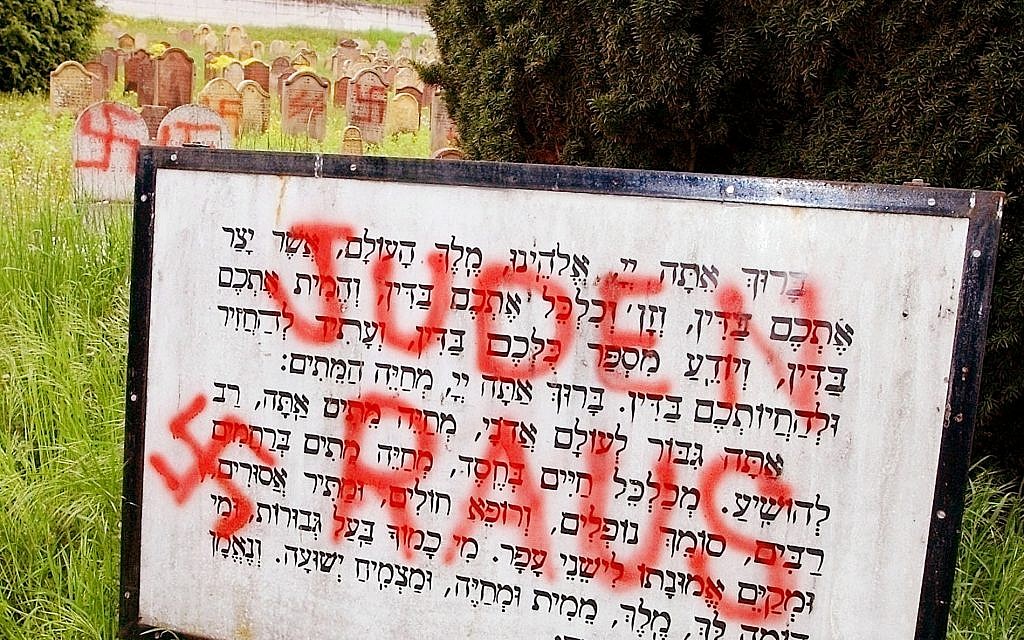 European Jewish Congress President Dr. Moshe Kantor described the situation of European Jews as more dangerous and precarious than ever, following the release of the annual report on global anti-Semitic incidents by the Kantor Center for the Study of Contemporary European Jewry at Tel Aviv University today.

The report, prepared in cooperation with the European Jewish Congress, registered 766 violent anti-Semitic acts perpetrated with or without weapons and by arson, vandalism or direct threats against Jewish persons or institutions such as synagogues, community centers, schools, cemeteries and monuments as well as private property.

These cases represent a sharp increase of 38% compared to 2013, in which 554 violent incidents were registered.

“Many streets in our European cities have become hunting grounds for Jews, and some Jews are now forced to avoid community institutions and synagogues as a result,” Dr. Kantor said. “Some are choosing to leave the continent, many are afraid to walk the streets and even more are retreating behind high walls and barbed wire. This has become the new reality of Jewish life in Europe.”

The report also found that during 2014, the number of attacks on Jews and their property and institutions with weapons amounted to 68 cases; more than double the number the previous year, in addition to 101 cases of weaponless violence. The number of arson cases has more than tripled in comparison to the previous year, and there were 412 incidents of vandalism. More than 306 people were targets of attacks, an increase of no less than 66% in comparison to 2013; the 114 attacks of synagogues marked an increase of 70%; and as many as 57 community centers and schools, 118 cemeteries and memorial sites as well as 171 private properties were targeted.

The highest number of violent cases was registered in France, for a number of consecutive years now: 164 compared to 141 in 2013

Kantor called for stronger security measures to prevent further loss of life, and attacks against Jews. “The fight must be taken to the attackers instead of allowing it to affect the everyday lives of the victims. We need to move from defence to offence,” Kantor said.

In recent weeks, EJC delegations, led by Dr. Kantor, have held meetings with EU First Vice President Frans Timmermans and EU High Commissioner for security and Foreign affairs Federica Mogherini to request the appointment of a special EU Envoy and Task Force to fight the rising wave of anti-Semitism.

“We need a pan-EU body that will coordinate intelligence efforts between member state and the sharing of such information, assist with legislation changes to enable the member states to address this challenge with proper tools and deal with training and security measures in the protection of Jewish institutions by the authorities.” Kantor said.

“The current system is failing to deal with this problem or to prevent the next attack.” Kantor concluded.