Jews Around World Suffered ‘Explosion Of Hatred’ In 2014 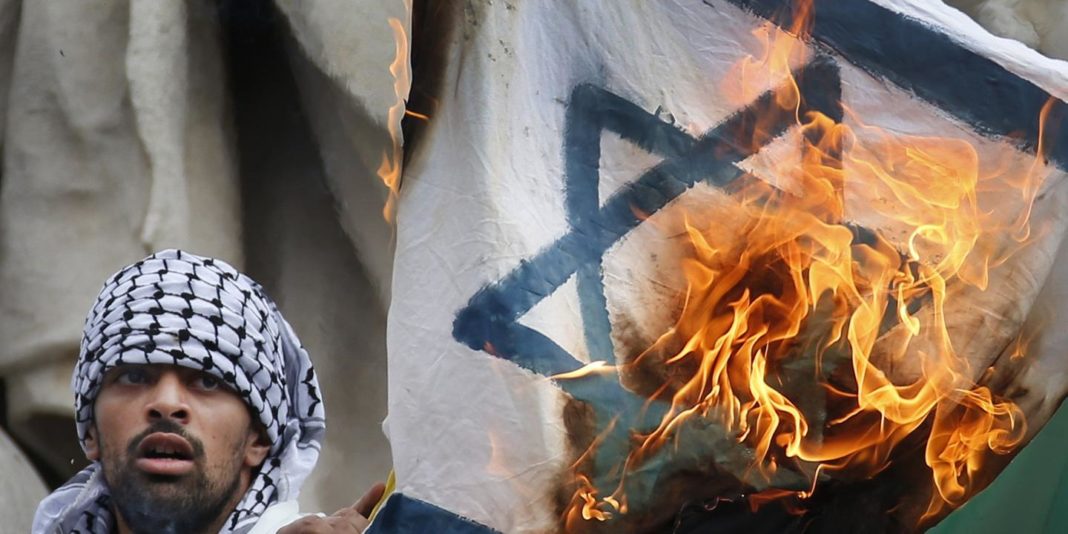 There was a substantial increase in attacks on Jews worldwide last year, Israeli researchers have found.

“An explosion of hatred” had been felt by Jewish communities, with the rise attributed partly to the response to last summer’s Gaza conflict.

Academics from Tel Aviv University’s Centre for the Study of Contemporary European Jewry released a report on Wednesday showing 766 incidents in 2014, compared to 554 the previous year.

The research showed it was the second most violent year in a decade, only coming behind 2009 – a year which also saw conflict in Gaza.

The university highlighted demonstrations in France, Germany and across Western Europe, and said the Israeli military action had been used as a cover to attack Jews.

Her team recorded 164 incidents in France, 141 in Britain, and 80 in the United States.

The data prompted European Jewish Congress president Moshe Kantor to suggest authorities were failing to deal with the problem of antisemitism on the continent.

He said: “Many streets in our European cities have become hunting grounds for Jews, and some Jews are now forced to avoid community institutions and synagogues as a result. This has become the new reality of Jewish life in Europe.”