Attacks Against Jews In The Netherlands Have Risen 71% In The Past Year, Says Rabbi Benjamin Jacobs 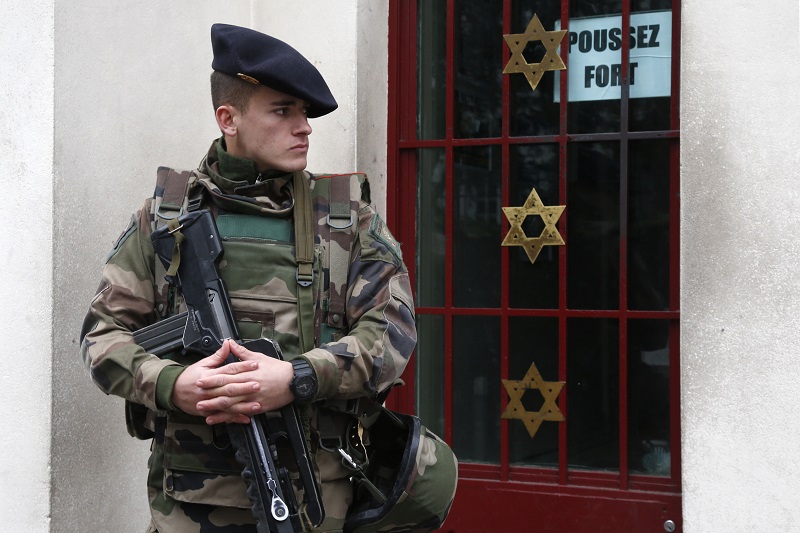 Rabbi Benjamin Jacobs, the head of the Dutch Jewish community, has warned that the armed protection of Jewish sites by the military and police officers in Europe is only diverting attention away from rising Antisemitism.

Rabbi Jacobs, the leader of the country’s 30,000-strong Jewish population, said that attitudes towards the Dutch community are starting to shift for the worse, warning that implementing the security measures, while necessary, is akin to taking an aspirin for a headache.

Jacobs’ comments come as the country’s main Antisemitism watchdog, the Centre for Information and Documentation on Israel (CIDI), this month announced that it had recorded 171 anti-semitic incidents in 2014, compared with 100 in the year prior, representing a 71% increase.

And it’s a world-wide trend. Violent Antisemitic attacks soared by nearly 40% in 2014 compared with the previous year, according to a report released on 15 April by the Kantor Center for the Study of Contemporary European Jewry at Tel Aviv University, in Israel.

Overall, 766 violent incidents were recorded worldwide, a “sharp increase” over the 554 tallied in 2013, according to the European Jewish Congress (EJC), which contributed to the report.

“Many streets in our European cities have become hunting grounds for Jews, and some Jews are now forced to avoid community institutions and synagogues as a result,” said EJC President Dr Moshe Kantor. “Some are choosing to leave the continent, many are afraid to walk the streets and even more are retreating behind high walls and barbed wire. This has become the new reality of Jewish life in Europe.”

Rabbi Jacobs told Newsweek magazine: “The soldiers, the police in front of buildings in Holland does not solve the problem. If someone has a headache and they take an aspirin, it’s not solving the problem, it’s just pushing away the headache.

“So how do we solve the problem? Education. We should make sure in schools that children get the right education. There are certain schools where we do not talk about the Holocaust any more and that should not be tolerated.”

He added: “If I look back, 40 years ago never ever someone could call me a dirty Jew. Twenty years ago also not. But slowly we see that it is getting worse.”

Despite having insults such as “dirty Jew” and “Hitler” shouted at him, bricks thrown through his windows and cars regularly beeping him, Jacobs reveals that he has always experienced a large amount of local support following the attacks.