Anti-Semitism On Rise: Study Finds 2014 Was Worst Year For Attacks Since 2009 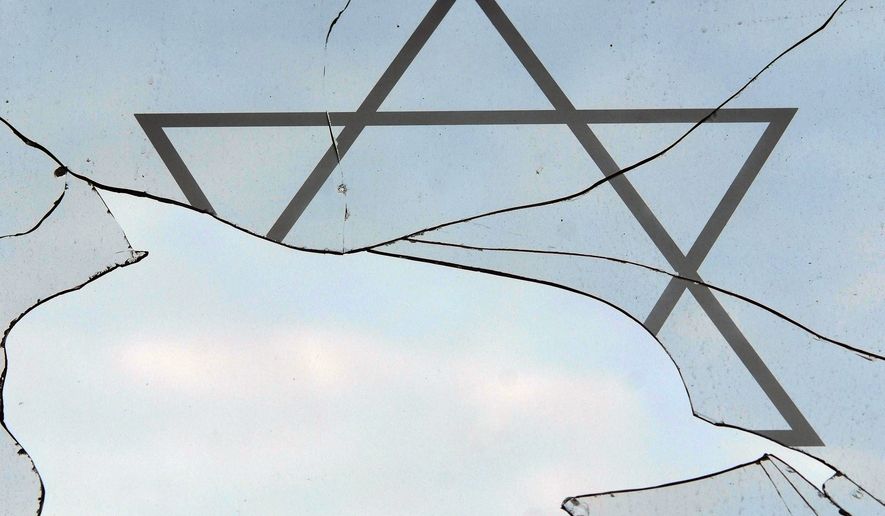 Last year was one of the worst in a decade for violent anti-Semitic incidents, according to an annual study released Wednesday that tracked reported instances of threats and violence against Jews all around the world.

The report by Tel Aviv University’s Kantor Center for the Study of Contemporary European Jewry tracked thousands of incidents of anti-Semitism and counted 766 violent anti-Semitic acts including attacks, vandalism at cemeteries and religious sites, and direct threats against persons or institutions such as synagogues, schools, community centers and private properties.

Most of the incidents came in Europe and the United States.

“The overall feeling among many Jewish people is one of living in an intensifying anti-Jewish environment that has become not only insulting and threatening, but outright dangerous,” said the report’s authors. “They are facing an explosion of hatred towards them as individuals, their communities, and Israel, as a Jewish state.”

The 766 cases marked a sharp increase of 38 percent over the previous year in which 554 incidents of anti-Semitism were reported. According to the study, it was the second worst year after 2009, when 1,118 incidents were recorded.

The researchers said the increase in attacks on Jews in 2014 reflected in part political passions raised by last summer’s conflict between Israel and Hamas in the Gaza Strip, as well as to what they called a “general climate of hatred and violence” fostered by the rise of the Islamic State group in the Middle East. The 2009 surge coincided with another period of tension, after an Israeli military operation in Gaza.

“You don’t have to be a mathematician to see an obvious trend here,” said Ronald Lauder, president of the World Jewish Congress, at a congressional hearing last month on anti-Semitism. “There is a hatred growing throughout Europe that is causing Jews to wonder if they should leave. They are asking if there is a future for Jews on that continent.”

The Kantor Center’s report ranks France as the site of the most instances of violence targeting Jews and Jewish sites, with 164 of the total attacks occurring there. Of the rest, 141 occurred in Britain, 80 were reported from the United States and 76 from Germany. For many of these countries, 2014 represented a steep increase in anti-Semitic incidents.

With the perceived rise of anti-Semitism, Roger Cukierman, president of the Representative Council of Jewish Institutions of France, told the Capitol Hill hearing he believes that simply leaving Europe isn’t an option, since for many Jews Europe is as much a part of the culture as anywhere else.

“Nevertheless I believe that a big proportion of the French Jews will remain in France,” Mr. Cukierman said, “where their roots, their culture incite them to confront adversity as their parents or ancestors did at difficult periods.”

Israeli Prime Minister Benjamin Netanyahu has decried the rise of violent anti-Semitic attacks and even questioned recently whether Jews should feel safe in Europe. Mr. Netanyahu has cited rising hostility to the Jews as one reason to be suspicious of the proposed nuclear deal with Iran, Israel’s arch enemy, now being negotiated by the Obama administration and its international partners.

Israel marked its annual Holocaust memorial day Wednesday and Mr. Netanyahu in his remarks for the day compared Iran to the Nazis and warned the Islamic Republic must be prevented from obtaining nuclear weapons, according to The Associated Press.