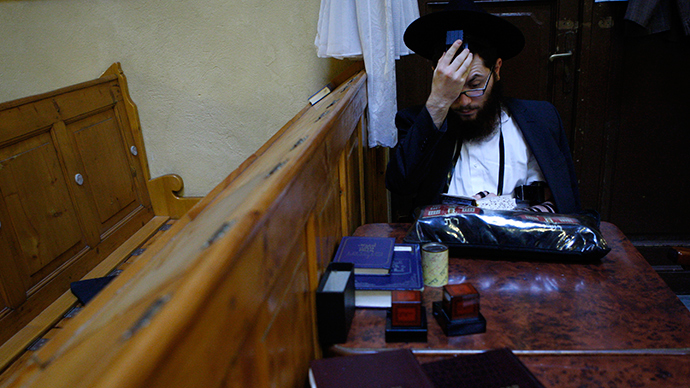 Last year witnessed a surge in anti-Semitic incidents – including vandalism at cemeteries, threats against persons or institutions such as synagogues and community centers – according to an annual study.

A report by Tel Aviv University’s Kantor Center for the Study of Contemporary European Jewry reported 766 cases of anti-Semitism – a 38-percent increase over the previous year. According to the study, it was the second worst year after 2009, when 1,118 incidents were recorded.

More than 306 Jews were targets of attacks, an increase of no less than 66 percent in comparison to 2013, while 114 attacks on synagogues represented an increase of 70 percent.

The authors of the study say their findings are proof that many Jews are “living in an intensifying anti-Jewish environment that has become not only insulting and threatening, but outright dangerous.”

“From 2004-2014, except for 2009 which was worse in terms of numbers of violent cases and anti-Semitic atmosphere, 2014 was one of the worst,” said Kantor Center director Dina Porat.

“Many streets in our European cities have become hunting grounds for Jews, and some Jews are now forced to avoid community institutions and synagogues as a result,” Kantor said in a statement. “Some are choosing to leave the continent, many are afraid to walk the streets, and even more are retreating behind high walls and barbed wire. This has become the new reality of Jewish life in Europe.”

The heightened atmosphere of aggression on Jews in 2014 was blamed on a number of factors, including Israel’s incursion into the Hamas-ruled Gaza Strip. Seven weeks of Israeli aerial attacks, Palestinian rocket launches, and ground fighting resulted in the deaths of over 2,200 people, the vast majority of them Gazans.

The study also pointed to a “general climate of hatred and violence” aggravated by the rise of the Islamic State jihadist group in the Middle East.

The majority of the violence against Jews and Jewish property occurred in Europe and the United States. France topped the charts in anti-Semitic acts, with 164 of the total attacks occurring there, followed by Britain (141), the United States (80) and Germany (76).

For many of these major Western nations, last year represented a significant jump in anti-Semitic incidents.

Kantor suggested that offensive and not defensive methods be taken against people and groups that inflict violence on Jewish people.

“The fight must be taken to the attackers instead of allowing it to affect the everyday lives of the victims. We need to move from defense to offense,” said Kantor in a statement attached to the report.

“We need a pan-EU body that will coordinate intelligence efforts between member states and the sharing of such information, assist with legislation changes to enable the member states to address this challenge with proper tools, and deal with training and security measures in the protection of Jewish institutions by the authorities.”

Rabbi Menachem Margolin, general director of the European Jewish Association, told RT that if governments are unable to protect Jews in Europe, “a few people in each community will be able to carry a gun in order to [protect] themselves in case of emergency.”