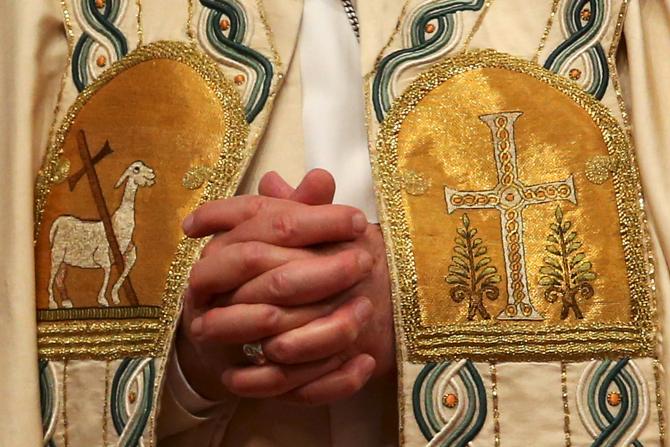 Pope Francis met with top European rabbis Monday in the Vatican to discuss growing anti-Semitism in Europe as well as the recent attacks by Islamist radicals on Christian communities in Africa and the Middle East, Vatican Radio said. It’s the first time the Vatican has received a delegation from the Conference of European Rabbis, a group representing more than 700 rabbis from synagogues across the continent.

“An era of constructive dialogue between the Vatican and Europe has arrived,” Pinchas Goldschmidt, president of the conference and the chief rabbi of Moscow, told Russia’s Interfax news agency. “We are allies today and we deeply respect Pope Francis as a person who has played an enormous role in promoting the development of interfaith dialogue and in establishing peaceful relations between nations and religions.”

The delegation of 10 rabbis spoke with the pontiff about interfaith work in the wake of rising attacks on Jewish communities in Europe. “We are deeply concerned about the fate of European Jews, many of whom are leaving their homes under this threat,” Goldschmidt told Interfax.

There was a 40 percent rise in violent anti-Semitic incidents worldwide in 2014, according to a report released last week by the Kantor Center for the Study of Contemporary European Jewry at Tel Aviv University along with the European Jewish Congress. Last year, there were 766 acts of violence targeting Jews or Jewish institutions in Europe, including synagogues, schools and community centers, compared with the 544 violent anti-Semitic incidents reported in 2013.

“Many streets in our European cities have become hunting grounds for Jews, and some Jews are now forced to avoid community institutions and synagogues as a result,” Moshe Kantor, president of the European Jewish Congress, told Israeli news organization Arutz Sheva last week. “Some are choosing to leave the continent, many are afraid to walk the streets and even more are retreating behind high walls and barbed wire. This has become the new reality of Jewish life in Europe.”

Goldschmidt said the Jewish community in Europe feels trapped between the attacks of radicalized Muslims and the secular backlash of many European political leaders. “We hope that jointly we will ward off the danger of Islamic radicalism threatening Europe,” the rabbi told Interfax.

Pope Francis will also meet privately with Haim Korsia, the chief rabbi of France and a leading advocate of interfaith ties, to discuss how the Vatican and European Jewish leaders can work together on the issues.

Last year, Korsia compared the persecution of Christians in the Middle East to the persecution of Jews during the Holocaust, the Jerusalem Post reported. “The situation of religious minorities all over the world and especially in the Middle East resonates, unfortunately, with our commemoration today,” Korsia said in September during a commemoration ceremony in Paris for Holocaust victims. “As our parents wore the yellow star, Christians are made to wear the scarlet letter.”