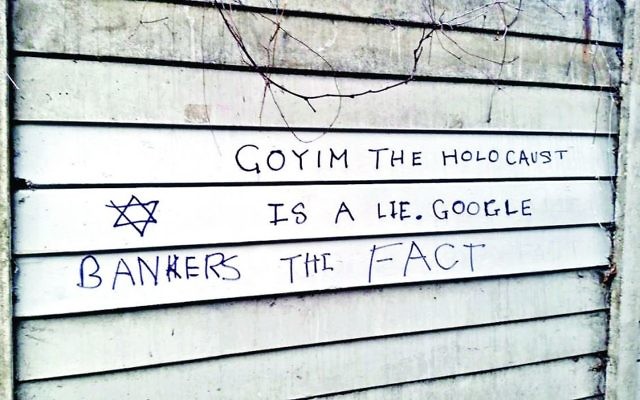 Tel Aviv University Kantor Center for the Study of Contemporary European Jewry’s alarming study on anti-Semitism finds that 2014 was “one of the worst years in the last decade, 2004-2014, in fact, it was the second worst year after 2009 [worldwide],” with “hundreds and sometimes over a thousand antisemitic manifestations and incidents of various types per country.”

“The overall feeling among many Jewish people is one of living in an intensifying anti-Jewish environment that has become not only insulting and threatening, but outright dangerous, and that they are facing an explosion of hatred towards them as individuals, their communities, and Israel, as a Jewish state,” says the Kantor Center study.

According to the Kantor Center, the numbers mentioned in the study are a “result of the monitoring and analysis system developed by the Kantor Center team that has been working together on these issues for more than twenty years.”

Overall, the Kantor Center registered 766 violent anti-Semitic acts “perpetrated with or without weapons and by arson, vandalism or direct threats against Jewish persons or institutions such as synagogues, community centers, schools, cemeteries and monuments as well as private property” during 2014. This is an increase of 38% compared to 2013, in which 212 fewer violent incidents were registered (554 total violent incidents were registered in 2013).

Occurring far more often than could be quantified, the Kantor Center tried to monitor not only the violent cases, but all other manifestations of anti-Semitism in its various forms: “overall cases in France rose from 423 to 851 (threats for instance, were doubled, 610 compared to 318); in Australia 312 compared to 231; in Germany 1076 compared to 788; in Belgium there was a rise of 60%; in Austria the numbers doubled, from 137 to 255;” and in the UK 1168 incidents – the highest annual total number ever – were registered, totaling more than twice the number of incidents in 2013 (535).

In 2014 the total number of anti-Semitic incidents also increased in the United States, a country that boasts the second largest core Jewish population (about 5,700,000) behind Israel (about 6,103,200). “[I]n a year marked by a violent anti-Semitic shooting attack targeting Jewish community buildings in Kansas and anti-Jewish expressions linked to the war in Gaza” anti-Semitic incidents in the U.S. increased by 21 percent.

According to the Anti-Defamation League’s (ADL) Audit of Anti-Semitic Incidents, a total of 912 anti-Semitic incidents were counted across the United States in 2014, a 21 percent (21%) increase from the 751 incidents reported during the same period in 2013.

“‘While the overall number of anti-Semitic incidents remains lower than we have seen historically, the fact remains that 2014 was a particularly violent year for Jews both overseas and in the United States,’ said Abraham H. Foxman, ADL National Director.”