Jewish Groups Disappointed By Vatican’S Official Recognition Of A ‘State Of Palestine’, ‘Conterproductive To Israel-Palestinian Peace’ 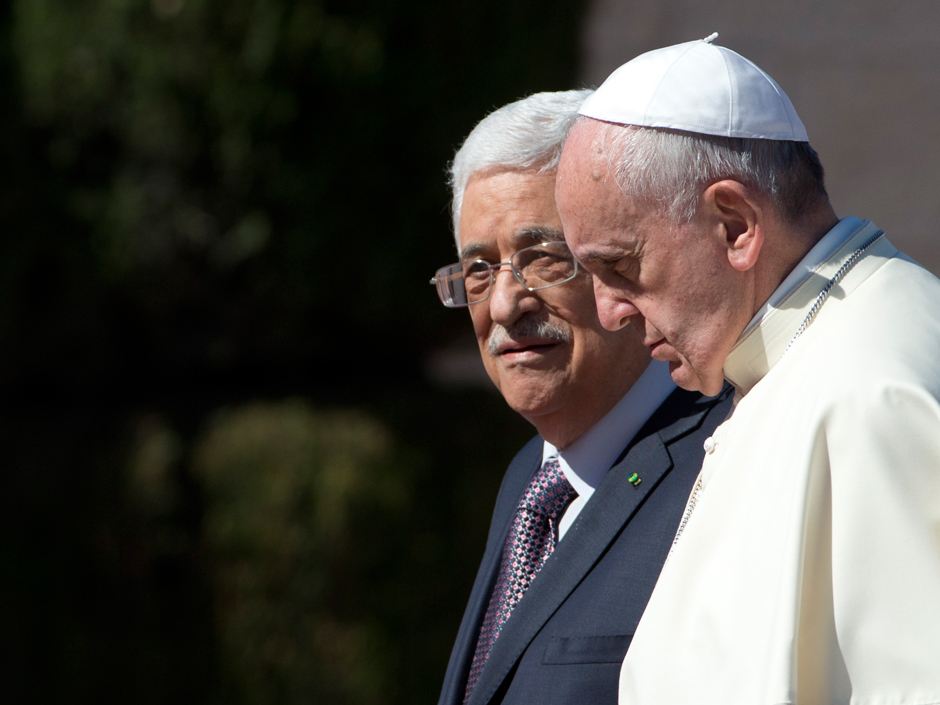 Jewish groups expressed disapppointment at the decision of the Vatican to officially recognize a ‘’state of Palestine’’.

The Vatican announced Wednesday that it would soon sign a treaty that includes recognition of the “state of Palestine.”

The American Jewish Committee (AJC) said it “regrets the announcement” of the treaty, in which the Vatican refers to the “state of Palestine” rather than the Palestinian Liberation Organization, as it had in previous documents.

The move is “counterproductive to all who seek true peace between Israel and the Palestinians,’’ said AJC’s Executive Director David Harris.

He said “peaceful coexistence is best served, by encouraging a resumption of Israeli-Palestinian peace talks, rather than unilateral gestures outside the framework of the negotiating table.

”European Jewish Congress President Moshe Kantor said “it is extremely unfortunate that the Vatican, which has long prided itself on being an interlocutor and interested in conflict resolution, has taken unhelpful steps that will only contribute to the instability in the region in general and to the Israel-Palestinian conflict in particular”.

This step will merely diminish the chances of a negotiated peaceful resolution to the conflict and embolden extremists who do not believe in compromise and that they have more to gain by taking unilateral steps which undermine the prospect of peace,, he added.

Abraham H. Foxman, National Director of the Anti-Defamation League said the move would “bolster the Palestinian strategy of seeking statehood through international fora and not through recognition, reconciliation and negotiation with Israel.”

The leaders of the Conference of Presidents of the Major Jewish Organizations, Chairman Robert G. Sugarman and Executive Director Malcom Hoenlein, expressed “regret at the recognition of a Palestinian state by the Vatican” and called for direct Israeli-Palestinian negotiations as the means for creating peace.

The International Jewish Committee on Interreligious Consultations “expressed concern” at the Vatican’s announcement, and said it was “unhelpful to the cause of a genuine and durable peace” between Israel and the Palestinians.

Betty Ehrenberg, chair of the IJCIC, said the “unilateral move is not in keeping with UN resolutions that mandate that a peace agreement be achieved by direct negotiations between the parties.”

Earlier, the Israeli Foreign Ministry said it was “disappointed” by the Vatican’s decision, and that the recognition would “not advance the peace process” and that allows Palestinians to avoid coming to bilateral agreements with Israel.

The Vatican’s decision came a few days before Palestinian Authority President Mahmoud Abbas was scheduled to visit the Holy See.