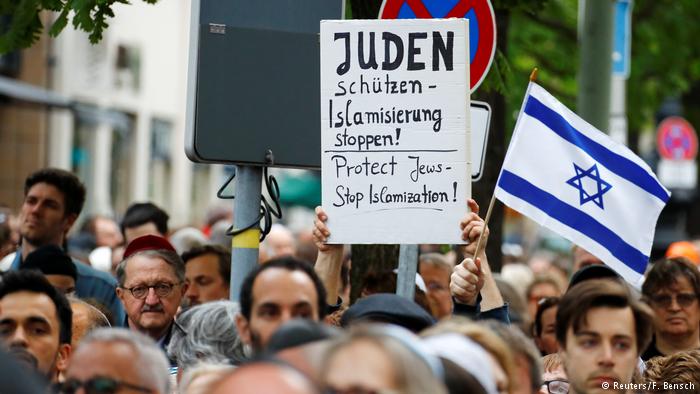 Sunday 24 May marks the first anniversary of the murder of four people by a French jihadist at the Jewish Museum of Belgium in Brussels.

Since that attack, Jews have also been targeted by Islamists in both Paris (with the murder of four Jews in a kosher supermarket mounted in tandem with the Charlie Hebdo murders) and Copenhagen (with the murder of an unarmed Jewish security guard outside a synagogue). AFP reports that the result is Jews across Europe increasingly fearing for their safety.

Speaking to AFP Moshe Kantor, President of the European Jewish Congress said that terrorists “see European democracy and freedom as their primary enemy” adding “however, Jews remain on the frontlines.”

Kantor expressed his agreement with officials from across the EU that several thousand European nationals trained by Islamist groups they fought with in Syria and Iraq will return from war zones prepared to mount more attacks.

Philippe Blondin, the director of the Jewish Museum of Belgium, told AFP that the building, which reopened four months after the murders, is now protected by security measures including armed soldiers and airport-style metal detectors. It will be closed this Sunday, 24 May 24, for mourning and the Coordination Committee of Belgium Jewish Organisations will stage a vigil outside.

Joel Rubinfeld, president of the Belgian League Against Anti-Semitism, told AFP of a rise in anti-Semitic attacks in the last 15 years but agreed with Kantor that Jews are not the only target, saying:

“What they are spreading is hatred of Jews, homosexuals, women, Freemasons. In brief, those who are different. They are in the process of testing democracy.”

Having received death threats himself, Rubinfeld says fear is driving members of the 40,000 Jewish community to accept the invitation of Israeli Prime Minister Benjamin Netanyahu and leave Belgium for Israel.

European Commission First Vice President Frans Timmermans spoke in January of the “huge challenge” posed by the fact that in some countries “a majority of the Jewish community is not sure that they have a future in Europe.”

Kantor agreed that a fear of anti-Semitic acts was real and causing Jewish families to leave, concluding:

“I have never heard and felt the fear and anxiety in so many parts of Europe as I do today.”