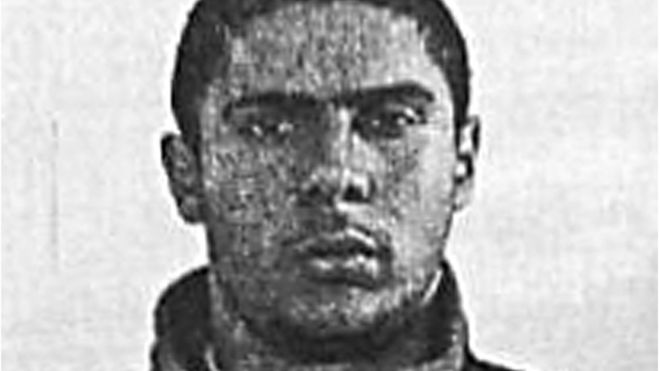 The Jewish Museum of Belgium in Brussels, where four people were killed in a terrorist attack one year ago, will remain exceptionally closed to the public on Sunday, the one-year anniversary of the shooting that shocked the country.

“In their memory, the Museum will be closed,” the cultural institution announced.

A memorial ceremony for the four victims will be held on Sunday in front of the museum.On 24 May 2014, an armed man entered the Jewish Museum, located in the centrum of Brussels, near the Great Synagogue, an killed in cold blood four people, Emanuel and Miriam Riva, a couple of Israeli tourists, and Dominique Sabrier, a French volunteer, died instantly.Alexandre Strens, an employee of the museum who stand at the entrance desk, died of his injuries ten days later.The alleged gunman, Mehdi Nemmouche, a 29-year-old Franco-Algerian Islamist who had traveled to Syria to fight with jihadist groups, was arrested in southern France a few days after the attack.

He was found in possession of weapons similar to those seen on the museum’s surveillance cameras. He was extradited to Belgium to stand trial. A ceremony to honor the victims of the attack will also take place later at the Great Synagogue of Brussels.According to the Museum’s Director, Philippe Blondin, the museum is continuing its activities “more and better” than it did before the shooting.The attendance is going up and the museum began a reflection to highlight the links of the Jewish community with other cultures in the next exhibitions. ‘’We want more links, exchanges, to build bridges between cultures and religions.”

“When a tragic event happens, it’s always an opportunity for new challenges,” saidBlondin. Closed after the attack, the museum reopened four months later with enhanced security measures. The military guards the entrance, while a metal detector gate and a security lock filter visitors. These measures reassure visitors.‘

’We had to reassess the security on the ground floor. To my great regret, but we can not escape it. Today in France, Britain, all museums are guarded,’’ said Blondin. ‘’We have placed a plaque on the facade to remember what happened but the museum should not become a morbid tourist place, ” stressed Chuna Lomponda, the communication officer. In autumn, the building will close for reconstruction works, a project that was already decided before the attack but new security requirements have been included. Only the facade of the building will remain unchanged. The interior will be completely redesigned. The museum will be developed over six floors and will have a 150-seat auditorium.

The terrorist attack has awakened the specter of anti-Semitism in Belgium and elsewhere in Europe. Earlier this year, an Islamist killed four Jews in a kosher supermarket in Paris and another killed a man guarding the synagogue in Copenhagen. ” It is clear that the situation of the Jews has never been so bad in Europe since the Holocaust, ” European Jewish Congress President, Moshe Kantor, said.

’But the threat of jihadist attacks is not limited to the Jewish community, ” he added.Joël Rubinfeld, president of the Belgian League against Antisemitism (LBCA), noted an increase of anti-Semitic incidents in the country over the past fifteen years.While Jews in Belgium were about hundred to emigrate to Israel before 2000, out of a population of 35,000-40,000 people, they are now about 250 to make their ‘’aliyah’, according to the Israeli Embassy in Brussels.

For Joël Rubinfeld, ” we must change the law against anti-Semitism,’’ as he believes that the laws that punish racism and Holocaust denial are not adapted to contemporary antisemitism ‘’which is anti-Zionism.’’Following the attack, Belgian authorities placed under enhanced vigilance Jewish sites such as synagogues and schools, and mobilized the army to protect them.

In an interview with Belgian magazine Le Vif L’Express, he said: ” We can not tolerate any impunity for anti-Semitic acts. The sense of insecurity felt by members of a community cannot be a reason to leave. As Prime Minister, I can not accept it. I’m here to protect all citizens.’’ European Commission First Vice President Frans Timmermans has said the EU faces a “huge challenge” to reassure Jews about their future on the continent.

But the European Jewish Congress called on European authorities to change their mindset and strategy if they are to prevent future attacks. “The response of the European authorities still demonstrates that it has not internalized the threat or assumed an adequate level of preparedness for the next attack,” Moshe Kantor said. “The authorities remain in defense mode and this is having a problematic effect, especially within Jewish communities.” He continued, “One year since the attack, the walls of Jewish institutions, schools and synagogues have appeared higher, the barbed wire doubled and the increased police presence more visible. More Jews are avoiding symbols of Jewish life, hiding their identity or making active plans to emigrate or move away. These are the discernible results of the current policy.”

“Europe must first recognize and understand its enemy in radical Islamism, then it must understand how it spreads in our continent and only then can it find a solution to terminating the threat.”