Intolerance Is Tearing The Fabric Of Our Society 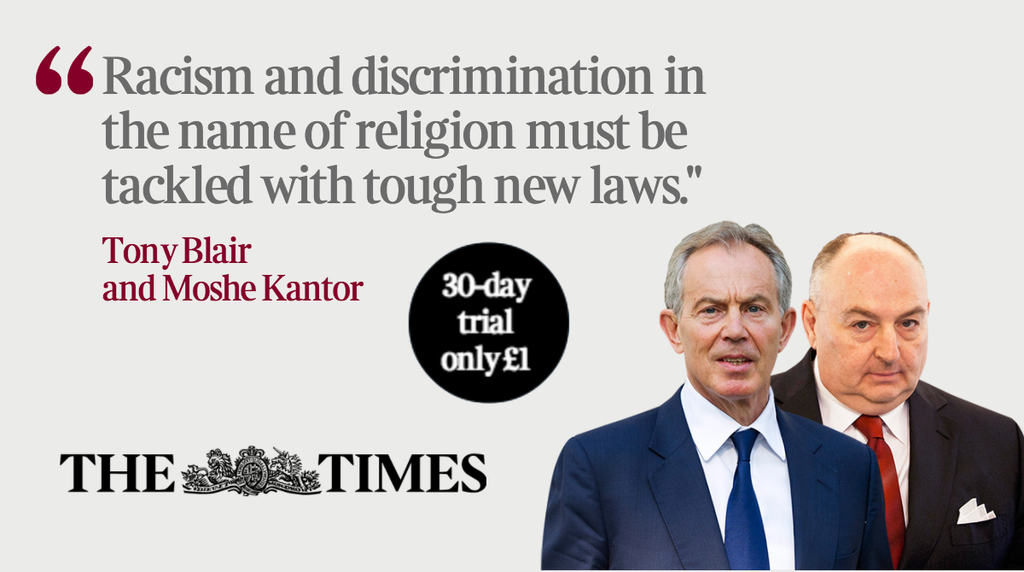 As Syrian antiquities of global significance submit to mindless destruction by Islamic State, fuelled by a murderous ideology, the Prince of Wales and Gerry Adams of Sinn Fein are shaking hands in Ireland.

What connects these events and what lessons can be learnt? Many would argue that the problems in Syria, as in other regions plagued by Islamic radicalism, are inherently religious and therefore intractable. In Northern Ireland, the conflict was viewed as a political dispute. The difference, many say, is a belief that wars using religious rhetoric are motivated by absolute faith and will therefore not respond to reason. This argument is wrong and dangerous and Northern Ireland is a prime example of why.

It is our firm belief that it is not religion or faith per se that causes or foments conflict. It is the abuse of religion, which then becomes a mask behind which those bent on death and destruction all too often hide. The real issues are far more complex and demand greater tolerance, understanding and legislative powers to achieve a solution.

This is why the work earned out by the European Council on Tolerance and Reconciliation (ECTR) is so important. The reality of our interconnected world demands a different approach. Governments and international bodies take the lead on security and intelligence measures. However, the ECTR plays a crucial role when it comes to education, dialogue and championing appropriate legislation.

Its Framework National Statute for the Promotion of Tolerance was designed to introduce legal parameters of tolerance. The adoption of its principles by countries around the world is key to protecting the values and security of a multi-ethnic Europe and a tolerant world. Tnis ;,indir.ai’.< legislation is current/.- oeing ta^en to par.iair.ents across Europe to discuss and debate implementation. The legislation includes giving greater power to judiciaries to prosecute hate speech, lowering the barriers to what constitutes incitement to violence, making Holocaust denial illegal, entrenching state funding for religious institutions into law, creating clearer definitions of what is racist and antisemitic, and securing educational programmes about tolerance in national legislation. The ECTR brings together parties and political leaders who have been at the heart of some of the world's most difficult conflicts to foster dialogue. Our projects also tackle conflicts from the ground up - focusing on the root causes of intolerance, which are usually ignorance of other faiths and cultures - and so the ECTR takes its message to schools and universities around Europe to encourage tolerance and reconciliation. Initiatives include a series of workshops in British schools where pupils debate how to strike the right balance between free speech and security. Lectures on the same theme are also being delivered at British universities, the first of which was at Durham. There is a plan to reach thousands of students across Europe over the next two years. In addition, the ECTR is working on a series of academic research papers and discussion forums aimed at defining the core of the rights of religious beliefs and the permissible limitations on exercising them. There is as yet no international consensus on this important issue but we cannot put it off much longer. There have been three points in the past hundred years when annual GDP growth in Europe went below 1 per cent: first in 1913, just before the First World War, second in 1938, just before the Second World War and third, in 2014. Economic decline fuels instability and we know these concerns are being felt across the word. According to the Kantor Centre at Tel Aviv University, last year was one of the worst years in the past decade for antisemitic incidents. The centre registered 766 violent antisemitic acts - a sharp increase of 38 per cent compared with 2013, in which 554 violent incidents were registered. As has been said before, but is worth repeating, prejudice and racism often starts with the softest targets, be it Jews or others, but it never ends there. Antisemitism is not a Jewish problem, but one infecting the whole of society and needs to be tackled for the sake of us all. Globalisation is pushing us closer together so the effects of racism and discrimination increasingly undermine the fabric of society as a whole. Our individual success depends on that of the collective, which is why states, international organisations and other actors must join together to tackle hate and intolerance. If we wait for our armies to act, it will be too late. Tony Blah' is the new chairman of ECTR. Moshe Kantor is president of ECTR and of the European Jewish Congress. Tony Blair and Moshe Kantor