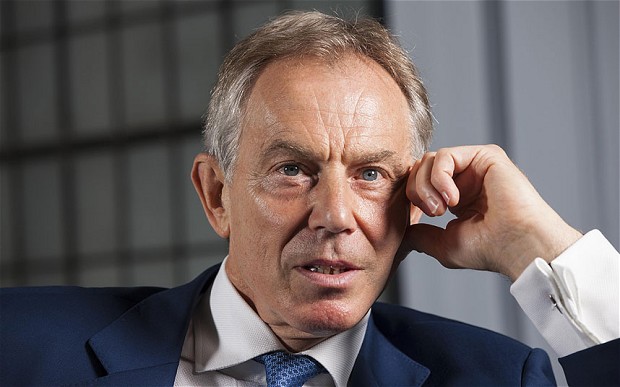 Tony Blair has announced his first new public role since resigning as Middle East peace envoy, taking up a position to tackle anti-Semitism and religious extremism across Europe.

Writing in The Times, he sets out the issues that prompted him to take up the role of chairman of The European Council on Tolerance and Reconciliation (ECTR), which campaigns for European countries to ban Holocaust denial and for governments to pay for security at synagogues and Jewish schools.

His move comes at a time of rising anti-Semitism in Britain and elsewhere, but will fuel criticism among Palestinians that he favoured Israel during his time as Middle East envoy for the Quartet of the US, European Union, United Nations and Russia.

In an article authored with Moshe Kantor, a Russian-born Jewish philanthropist and businessman, he writes: “We live in dangerous times. There have been three periods in the past hundred years when the annual GDP growth in Europe went below 1 per cent: first in 1913, just before the First World War, second in 1938, just before the Second World War, and third in 2014. Economic decline fuels instability.”

They cite statistics collected by the Kantor Centre at Tel Aviv University showing that 2014 was one of the worst years in the past decade for anti-Semitism. The centre registered 766 violent antisemitic acts – an increase of 38 per cent on 2013.

“It is our firm belief that it is not religion or faith per se that causes or foments conflict,” they write. “It is the abuse of religion which then becomes a mask behind which those bent on death and destruction all too often hide.”

It is time, they say, for racism and discrimination in the name of religion to be tackled with tough new laws.

The Times reported that Mr Blair would not be paid for the role. Instead, his faith foundation will receive an annual donation. The amount has not been disclosed.