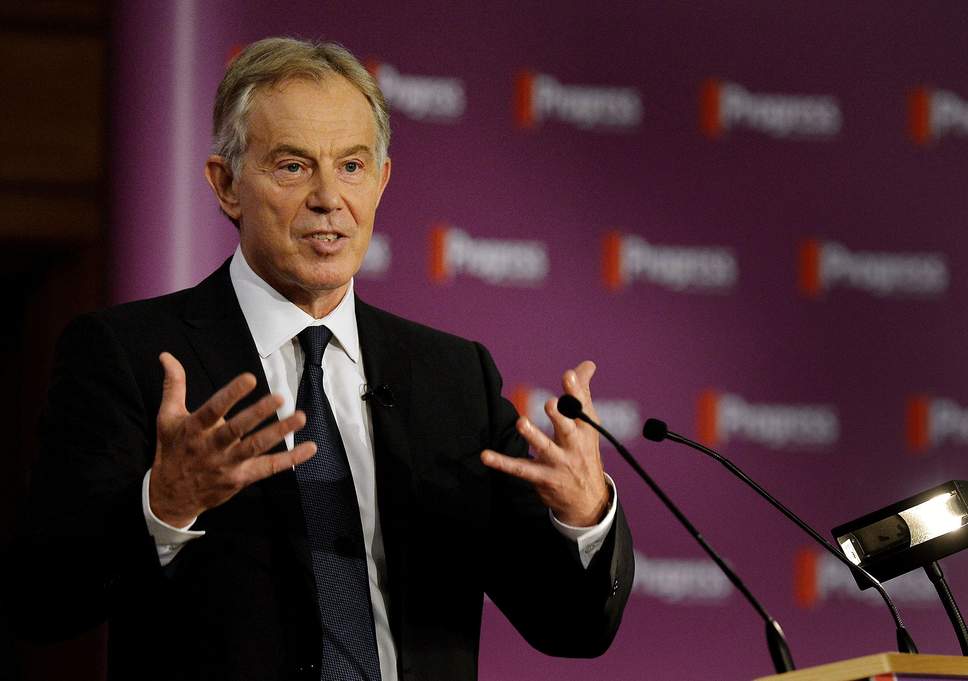 Tony Blair is to take on a new role combating anti-Semitism after announcing he is stepping down as the Quartet’s Middle East envoy.

The former prime minister is to become chairman of the European Council on Tolerance and Reconciliation (ECTR).

The body campaigns for European countries to make Holocaust denial a criminal offence, clearly define racism and anti-Semitism, and to pay for security at synagogues and Jewish schools.

Writing in The Times, Mr Blair and Moshe Kantor, a Russian-born Jewish businessman, warned that Europe is at a turning point.

“We live in dangerous times,” they wrote. “There have been three periods in the past hundred years when the annual GDP growth in Europe went below 1%: first in 1913, just before the First World War, second in 1938, just before the Second World War, and third in 2014.

Mr Blair and Mr Kantor pointed to a recent report on global anti-Semitic incidents by the Kantor Centre at Tel Aviv University, which found 2014 was one of the worst years in the past decade.

The ex-PM confirmed last month that he was to step down as the representative of the Quartet – US, European Union, United Nations and Russia – in the Middle East.

But he has insisted he will remain engaged with the peace process.

Citing figures from the Kantor Centre, which recorded 766 violent anti-Semitic incidents last year, the pair said it was “one of the worst years” over the last decade.

They wrote: “As has been said before, but is worth repeating, prejudice and racism often starts with the softest targets, be it Jews or others, but it never ends there. Anti-Semitism is not a Jewish problem, but one infecting the whole of society and needs to be tackled for the sake of us all.

“Globalisation is pushing us closer together so the effects of racism and discrimination increasingly undermine the fabric of society as a whole.

Our individual success depends on that of the collective, which is why states, international organisations and other actors must join together to tackle hate and intolerance.

“If we wait for our armies to act, it will be too late.”