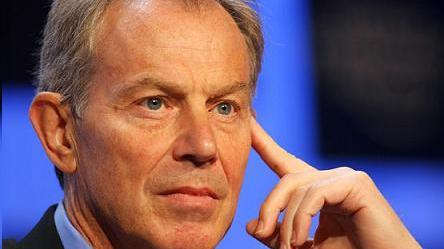 Tony Blair has revealed he will work to tackle antisemitism across Europe in a new role.

After quitting as the Quartet’s Middle East envoy, Mr Blair is to become chairman of the European Council on Tolerance and Reconciliation (ECTR).

He will work on the ECTR’s objectives of campaigning for states to criminalise Holocaust denial and create clearer definitions of antisemitism and other racism.

It is understood that he will also lobby governments to pay for increased security at synagogues and Jewish schools – in line with the JC’s Secure our Synagogues campaign and the efforts of the Community Security Trust and others in Britain.

In a joint article in today’s Times, Mr Blair writes with Jewish philanthropist Moshe Kantor – who is president of the ECTR – about the threat posed to European Jews.

“We live in dangerous times. There have been three periods in the past hundred years when the annual GDP growth in Europe went below 1 per cent: first in 1913, just before the First World War, second in 1938, just before the Second World War, and third in 2014. Economic decline fuels instability,” they state.

“It is our firm belief that it is not religion or faith per se that causes or foments conflict. It is the abuse of religion, which then becomes a mask behind which those bent on death and destruction all too often hide. The real issues are far more complex and demand greater tolerance, understanding and legislative powers to achieve a solution.”

The pair conclude: “As has been said before, but is worth repeating, prejudice and racism often starts with the softest targets, be it Jews or others, but it never ends there. Antisemitism is not a Jewish problem, but one infecting the whole of society and needs to be tackled for the sake of us all.”