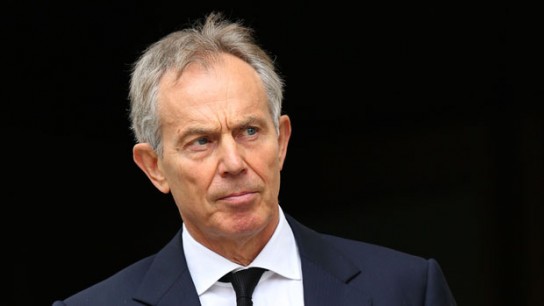 After a controversial eight-year stint as Middle East peace envoy, former British prime minister Tony Blair has taken on a new role as chairman of an organisation dedicated to fighting racism and anti-Semitism in Europe.

The unpaid role with the European Council on Tolerance and Reconciliation’s board will see Blair advocate new legislation to create clearer definitions of racism and anti-Semitism, improve education on racial issues and make Holocaust denial a criminal offence.

In an article for The Times on the significance of his new role, Blair, along with Russian businessman Moshe Kantor who co-founded the ECTR in 2008, writes: “Globalisation is pushing us closer together so the effects of racism and discrimination increasingly undermine the fabric of society as a whole.”

The former prime minister says that Europe faces “dangerous times”, and reveals that there have only been three moments in the past hundred years when European annual GDP growth dipped below one per cent: the first was in 1913, just before the First World War, the second in 1938, just before the Second World War and the third was in 2014. “Economic decline fuels instability and we know these concerns are being felt across the world,” warns Blair.

Consequently, the need to fight extremism and promote tolerance between people is great, Blair and Moshe say. So how will the ECTR do that?

The organisation aims to “tackle conflicts from the ground up – focusing on the root causes of intolerance, which are usually ignorance of other faiths and cultures – and so the ECTR takes its message to schools and universities around Europe to encourage tolerance and reconciliation”, they explain.

Critics say that in eight years as the special representative of the international quartet – the UN, US, EU and Russia – on the Middle East Blair “failed to notch up any great achievements”, The Guardian reports. He was also criticised for being too sympathetic to Israel. According to the Palestinian Authority’s former chief negotiator Nabil Shaath, Blair had “achieved so very little because of his gross efforts to please the Israelis”.

Blair will take over the role as chairman of the ECTR from former Polish president Aleksander Kwasniewski. The board features other political heavyweights including former Spanish prime minister Jose Maria Aznar and ex-Swedish prime minister Goran Persson.