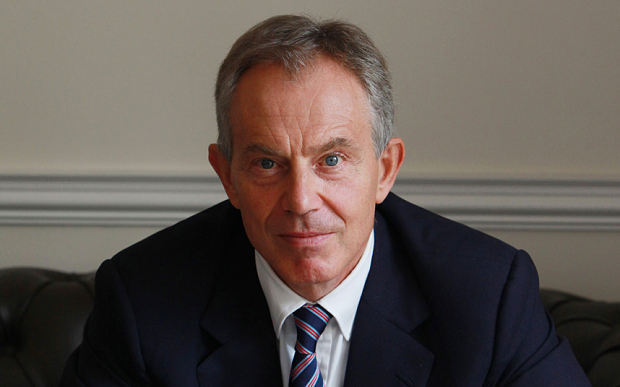 Former British Prime Minister Tony Blair has been appointed to lead the European body which fights anti-semitism, taking the position of chairman of the European Council on Tolerance and Reconciliation. He assumes this new role after recently stepping down after 8 years as a peace envoy to the Middle east.

The former PM said, “It is with great pleasure that I take on the honorary role of Chairman of the European Council on Tolerance and Reconciliation.

“The work they are doing is crucial, because despite our best efforts to build a consensus around tolerance in Europe, we still see injustice, discrimination and hideous acts of violence on the continent.”

In a joint article published by Blair and the president of the council and of the European Jewish Congress, Moshe Kantor, the two men said, “As has been said before, but is worth repeating, prejudice and racism often starts with the softest targets, be it Jews or others, but it never ends there. Anti-Semitism is not a Jewish problem, but one infecting the whole of society and needs to be tackled for the sake of us all.”

“It is our firm belief that it is not religion or faith per se that causes or foments conflict. It is the abuse of religion, which then becomes a mask behind which those bent on death and destruction all too often hide. The real issues are far more complex and demand greater tolerance, understanding and legislative powers to achieve a solution,” they added.

The European Council on Tolerance and Reconciliation (ECTR) is an international NGO, established in October 2008 by Aleksander Kwasniewski, former President of Poland and Moshe Kantor, President of the European Jewish Congress. The idea of the Council dates back to the International Stockholm Forum on the Holocaust organized by the Swedish Government on the 26-28 January 2000, which emphasized that the whole international community shares a solemn responsibility to fight such evils as racism, anti-Semitism and xenophobia.

It is a non-partisan and non-governmental institution. It is envisaged to be an opinion-making and advisory body on international tolerance promotion, reconciliation and education. It fosters understanding and tolerance among peoples of various ethnic origin; educates on techniques of reconciliation; facilitates post-conflict social apprehensions; monitors chauvinistic behaviors, proposes pro-tolerance initiatives and legal solutions.

The European Council on Tolerance and Reconciliation consists of distinguished representatives of the civic society in Europe and beyond. ECTR Members have all proven with their past and current activities the importance they attribute to the remembrance of the past, promoting tolerance and combating racism and xenophobia today in Europe. The seat of the ECTR is in Brussels.